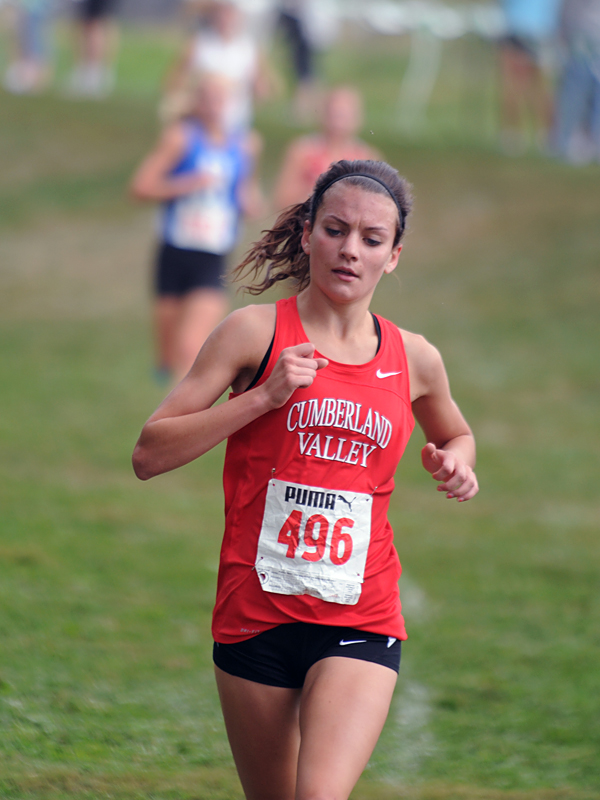 Cumberland Valley sophomore Mady Clahane took her running career to a new level at the Carlisle Invitational - beating a returning Foot Lock Finalist, and setting the fastest time on new course or old in the 21st edition of the Carlisle Invitational. Her 17:28 was 30 seconds better than University's (WV) Amelia Paladino, who had to out-kick Downingtown West freshman Aislinn Devlin earn 2nd place in 17:58. Devlin's one point help immensely as Downingtown West was a 32-point winner over Delaware's Padua Academy with 116.

While not entirely surprised with her big win, Clahane is even more surprised with the "big chunks" she has been slicing off her times this season. "This is way more than I envisioned. I'm surprised this is happening." She said he strategy was simply to stay with Paladino, until at two miles, it was just the two of them. "I just kept running my pace and pulled away." As for Paladino, she wished she had been more aggressive at the start. "She broke away, and I didn't have it," she said. "It happens." 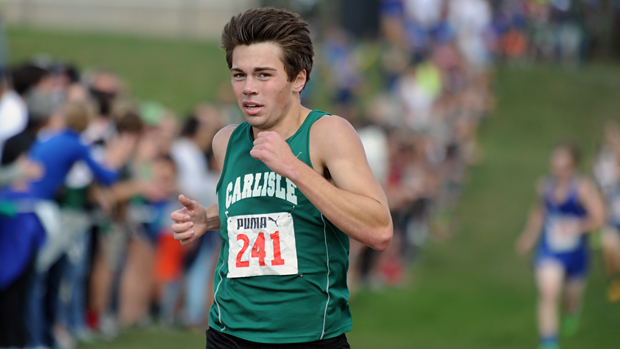 In the boys Challenge race, Carlisle junior Zach Brehm defended his home turf in a very fast 15:28. "There were lots of guys I didn't know, so I sat back and watched, and when the pack starts to break up, that's when I roll and as my coach says, 'pick up the pieces'." Going out in 4:45, about eight seconds behind the lead pack, Brehm used the small hill by the middle school after the halfway point to move up. At two miles, he and Germantown Academy's Sam Ritz were just behind the lead pack, and with 800 to go, he hit the next gear. He did glance back on the final straight, but said he knew he had "another gear" if needed.

Both West Chester Henderson and Tatnall DE came in nationally ranked, and it was PA#2 Henderson that made the loudest statement, winning 88 to 144. Most impressively, they were without their number 1 runner, Tony Russell, who was on a college visit. Tatnall did place two in front of Henderson's #1 on the day, Reiny Barchet, 10th in 15:57, but with Henderson's next four within 21 seconds of Barchet, the scoring was wrapped up. Henderson head coach Kevin Kelly says the guys were excited to see where they were without Tony, and a 21-second 2-6 spread showed they are ready for their next big test - in the Eastern States race in two week at the Manhattan Invitational. 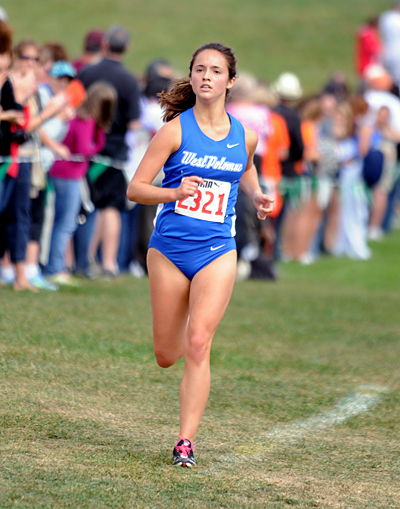 In the girls Champions race, West Potomac VA senior Katie Genuario won her first invite of the year comfortably, going 18:41. Her coach told her to go out in the top 15 and at mile and a half, she was up front and thought to herself "it was time to go." She got her PR by ten seconds. York Suburban, behind sophomore Olivia Gettle in 4th, won the team title by 17 over Upper Dublin. West Potomac was 3rd. 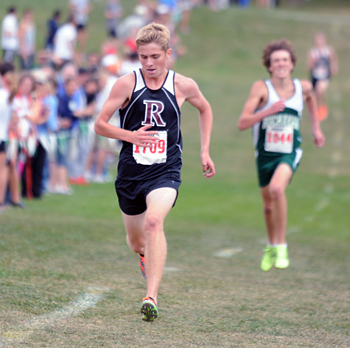 In the boys Champions race, defending team champions Radnor was led by the 1st and 3rd finishes of junior Connor Holm and senior Watson Hanson. The pair went 16:04 and 16:12, respectively, leading their team to a 3rd place finish. Holm said that the entire team had faster times this year, but the teams were better this time around. West Potomac beat Holy Ghost Prep by eight for the team title.