Pennridge and Cheltenham braved the elements this past weekend. In spite of the snow, both teams took the 3+ hour trip up to State College for the Kevin Dare Invitational. Congratulations to this week's winners of the Performer of the Week vote: Tucker Desko of Pennridge and Bria Barnes of Cheltenham! As always thanks to those who voted. 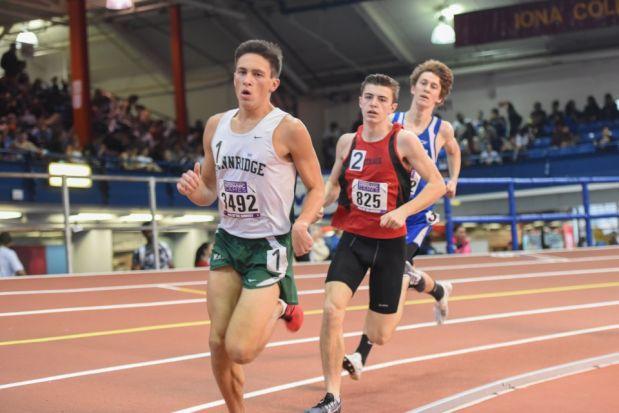 What more can we say about Tucker Desko's season? The Pennridge junior has set fire to the track in every race he's toed the line at this winter. Desko used a fierce final 200 (we still think he should have won MileSplit Kick of the Week) to set a new PA#2 in the 800 with a 1:54.86. Then came back to anchor the Rams' 4x800 that ran an 8:10.51 for second place. What else will Desko do this season? It's to be seen, but it will probably be fast.

And props to Desko's teammate, Austin Howell, who ran away with the 400 meters in a 49.98 for the win at Kevin Dare. Howell snagged runner-up honors in this week's poll.

While her teammate had just got done setting a new state record, Bria Barnes right behind her. The Cheltenham freshman was preparing for her 60 meter dash final at the Kevin Dare Invitational, which was only two races away. She'd be facing a very tough field--7 of the 8 finalists would go under 8 seconds. The race also featured Justice Richardson, a star from Ohio, who would soon run the 11th fastest time in the country. Barnes didn't buckle, though. She finished third overall in a 7.76, a PA#4. Barnes may have previously stood in the shadows of state champions, who are also her teammates, but not anymore. Barnes is another in a long line of Cheltenham standouts, and it may not be too crazy to one day see her doing similar things as a Chanel Brissett. Regardless of what her future holds, Barnes is off to a great start.