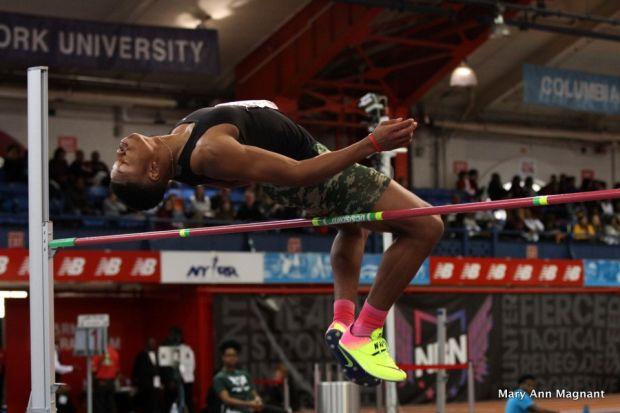 Kyle Garland is a national champion.

The Germantown Academy junior dominated the competition en route to a win in the pentathlon. Garland started the five-event competition off with a win in the 60 meter hurdles, running a time of 7.96. He followed that up with a first place in the long jump, jumping a best of 22-11.25 (an inch improvement on his previous PR). Garland then showed off his strength in the shot put, tossing a big PR with a throw of 49-6.5. He then moved on to his best event, the high jump. Garland cleared 6-9 to tie for first in there. He closed out the day running 2:57.16 for sixth in the 1000 meters.

Garland finished with 4,150 points, a huge improvement on the 3,699 her racked up last year at this event. He took the win by 290 points over second place Danny Renwick of Massachusetts. 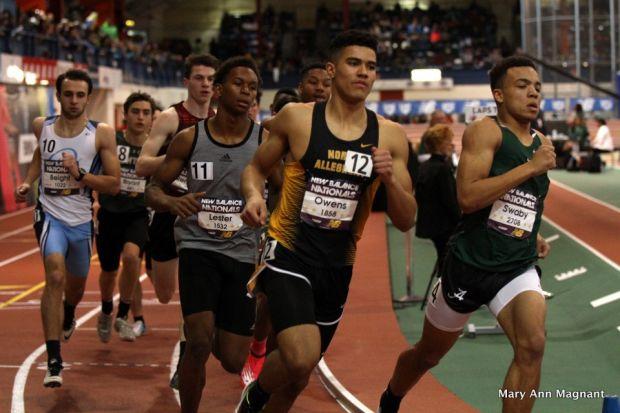 Knoch's Jordan Geist took home his second straight national title in the shot put. Geist crushed his own New Balance Nationals Indoor meet record, throwing a best of 75-4.75 for the win. It was no national record, but yet another very strong series from Geist. He also beat out Texas's Adrian Piperi, who threw a best of 72-0.75. 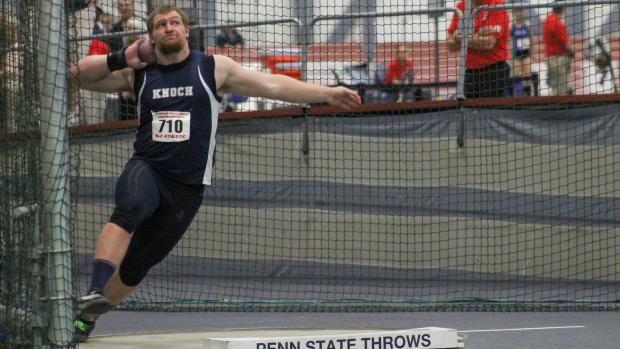 The Cardinal O'Hara boys took home All American honors in the 4x1 mile. The team of Patrick James, Gavin Inglis, Ryan James, and Eddie Issertell combined to run 17:48.35 to take third place in the field behind New Jersey powers CBA and Colts Neck.

Germantown Friends earned All American status in the 4x800 on Saturday night. The team of Nick Dahl, Daniel Stassen, Colin Riley, and Jonnie Plass ran a time of 7:50.89 in a close race won by Egg Harbor from New Jersey. Just .47 separated spots two through five in the race. This comes a day after GFS took third in the DMR.

Terrance Laird of Coatesville is onto the finals in the 200 meters. The state champion in the event ran 21.49 to win his heat and advance to the finals, which will close out the meet on Sunday at 3:03 P.M.

Three PA boys are headed to the semis of the 60 meter dash. Downingtown East's Jeremy Jennings ran 6.94 in the prelims, the 12th fastest time of the round, to get through. Penn Charter's Chris Tucker (24th in 6.97) and South Philadelphia's Gunell Vaughn-Jackson (26th in 6.99) both dipped under seven seconds to qualify to the semis.

While Louisiana's Mondo Duplantis broke his own national record in the pole vault, clearing an incredlble 19-1 to win, a few PA vaulters had a good day. Hatboro-Horsham's Nick Marino placed ninth overall with a height of 15-9.25. East Pennsboro's Payton Morris was 11th, clearing 15-3.5.