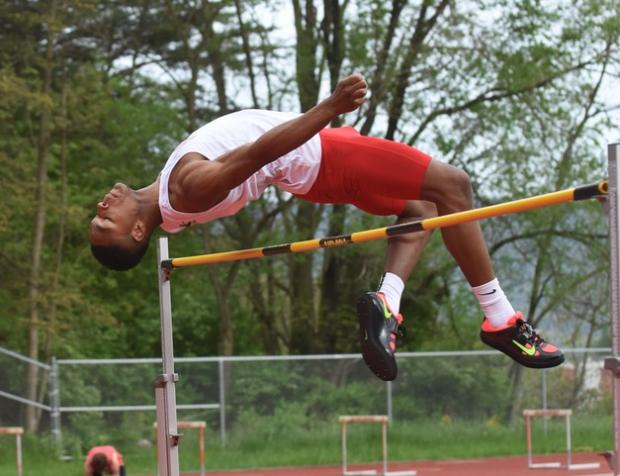 All Photos by Barb Krohn

The fans in the stands may or may not have been at the 20th Annual Lock Haven High School Classic to see a preview of the potential PIAA Class AA 4x800 field on Saturday, but that's what they got - along with some outstanding races and individual performances.

Lewisburg's Emma Bailey, Selena Permyashkin, Sarah Reif and Olivia Martin set a season-best 9:34.70 to solidify their No. 1 AA ranking and cross-county rivals Mifflinburg (Audrey MacPherson, Grace Alexander, Brianna Doebler, Jillian Miller) ran a school-record time of 9:37.89 to stay at No. 2. The pace of Saturday's 4x800 helped bring along Central Cambria (9:54.47) and Danville (10:00.62) to the 4 and 7 spots in PennTrackXC rankings. 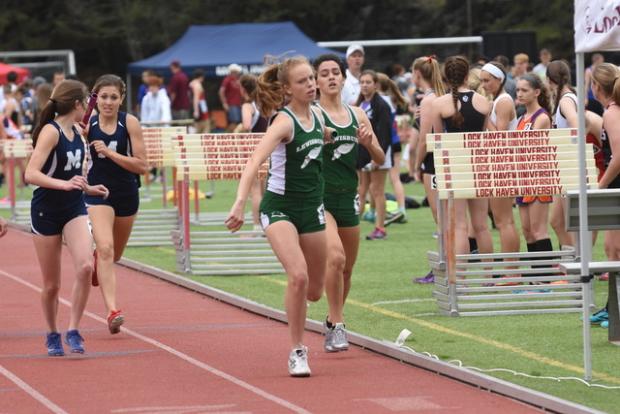 To say that the two high schools in Union County have a rivalry is an understatement. Lewisburg and Mifflinburg even have a name for it. Every time teams meet it's a Little Brown Jug competition.

So the Lewisburg and Mifflinburg girls teams have plenty of experience running against each other. In addition to the yearly dual meet, there are area invitationals, the league and district meets. And they know each other well.

But unlike most the Little Brown Jug competitions the 4x800 is pretty tame. And even though most of the time it's been Mifflinburg keeping up with Lewisburg, it hasn't really upset the Wildcats.

"They are so good and we know that," said MacPherson, who runs leadoff for Mifflinburg. "God has blessed us that we get to run against them (so often).

Mifflinburg did nose out a win over Lewisburg at the Susquehanna University Classic April 8.

"It gave us confidence," said MacPherson.

Lewisburg has prevailed in every race since.

Still the Mifflinburg girls celebrated with Lewisburg second-leg Permyashkin when she broke 2:30 a week ago.

"We go up to each other and say, 'good job'", said Mifflinburg's Doebler. "We were happy when Selena broke her split PR by seven seconds we were happy for her."

Saturday, Permyashkin was part of the team's PR , knocking a couple more seconds off her time, as did third-leg Reif who ran a PR split of 2:24.

As a team Lewisburg had a goal of 9:36, which they bested a bit.

Martin, who runs anchor, said she thought that Lewisburg lost to Mifflinburg earlier because, "We weren't putting ourselves out there."

Saturday, "I guess we didn't want to have any fears - just go for it."

"It was great to meet our goals," said Bailey who runs leadoff for the Green Dragons.

"With track there's always new goals to set," she said. "Today we broke the school record - WooWhoo! - let's do it again." 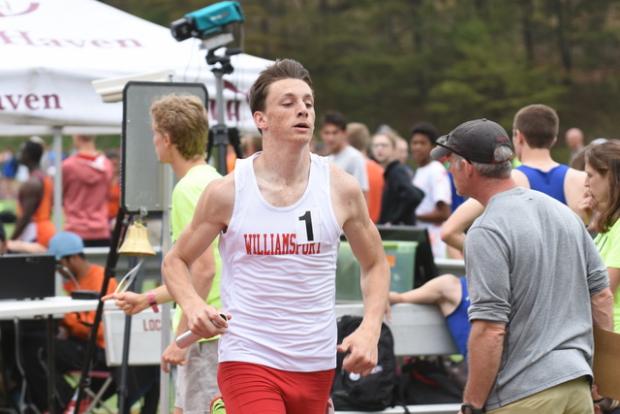 Boys 4x800 - Williamsport and the rest

The Class AAA Millionaires, who also won the team competition Saturday, also had a goal in mind.

In the next few weeks the Williamsport quartet wants to break their school's record of 7:55.

Williamsport's time Saturday did boost the team in the AAA standings to No. 15. And Connor's counter intuitive desire to run alone definitely helped the chasers improve their times.

"I love running alone," said the anchor. "In a big meet with the crowd roaring - it's run."

"They pushed us to run faster," confirmed Mifflinburg's Bailey.

"They were like a guide," said Wildcats anchor Day.

"Seeing these guys run it really helps me see what I have to put down," said Marks.

That Mifflinburg is even in the post-season mix was somewhat of a surprise to the Wildcats.

"Last week we wanted to break the state-qualifying time but just missed." 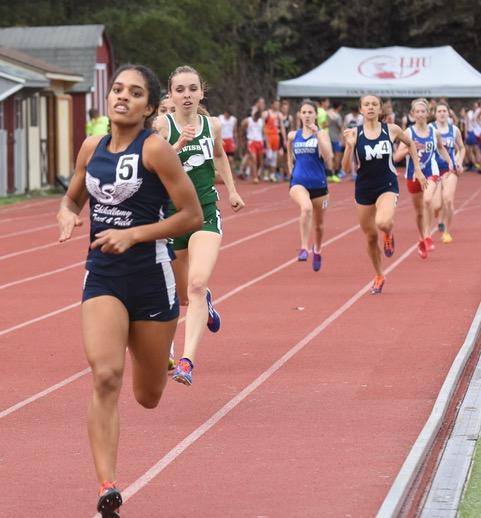 Shikellamy senior Yoangelys Cedeno didn't do a whole lot of pre-season training due to a history of injury. So it's taken awhile for the standout to get back into form. Saturday, she used the open 800 race with Miller to run her best time (2:19.89) since her sophomore year when she finished ninth in AAA 800.

"That felt amazing, now I'm very confident" said Cedeno. "I know it just takes time. This is a confidence booster. The hard work pays off.

"I knew Olivia was good competition. I thought if I hung with her the first lap, I'd make my move in the last 300.

"I just never would have gotten (the time) without Olivia.

"(Cedeno) pushed me at the end of that (to a PR)," said Miller. "It's good to see that before the post-season." 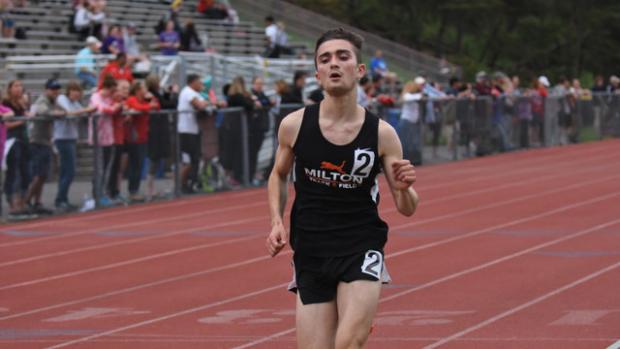 Last year the junior placed 5th at states in the 800, but evidently Leesern still had questions of what the 400 and 3,200 might hold.

"I asked him what he wanted to run today," said his coach and father Tom Leeser. "He hadn't run an open-4 and he hadn't run the 2-mile."

But it did put him in the AA rankings at No. 5.

Saturday didn't make them any easier for the Milton junior.