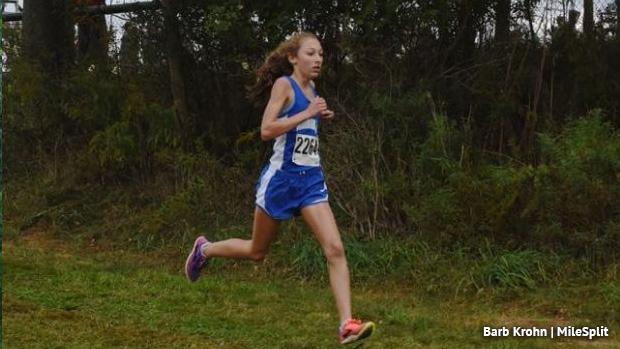 BLOOMSBURG----Saturday's Northeast Invitational at Bloomsburg University provided a sneak-peak for District 4 teams looking for a bench-mark on what will be the district course come October 26 as well as a chance for runners outside the district to test themselves.

The boys race was won by Hazleton's Franklin Cunningham (16:35.4). Warrior Run took the team title with 77 points beating Lewisburg by 40. 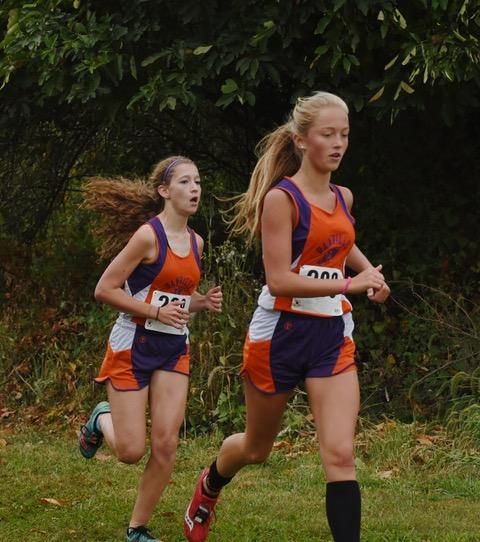 The Ironmen girls have not lost a dual meet since 2009 and Saturday they weren't about to let one fast freshman rain on their parade - even though they were without two of their top five runners.

"I feel like they have a very strong first runner," said Emma Mikita who placed sixth overall Saturday (19:57.1). "But you have to have a whole team."

And that is where Danville Area continues to excel.

Grace Petrick (29th overall, 21:46.2) was one of the runners substituted in Saturday and she made the most of it.

Maffei also wanted to give Trapani her due.

And actually, her team is on its way to being pretty good too. 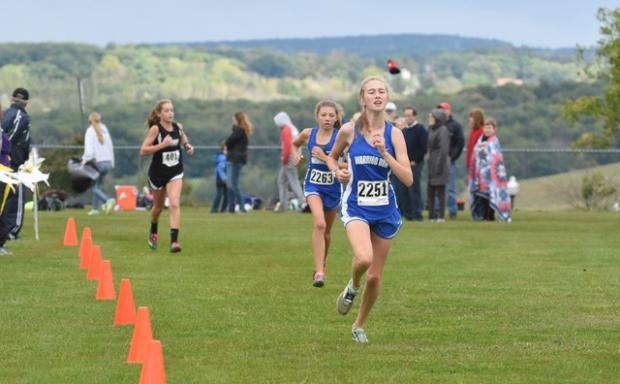 Best young team in the state?

While Lauren Trapani, who at the beginning of the season had the best freshman time in the country, has been capturing the headlines with her undefeated season, she is but the best of a very excellent Warrior Run freshman class.

"They had a pretty successful junior high season last year and even the year before that," said Dufrene. "They're doing pretty well."

Last week at the PIAA Foundation Invitational the team showed they were the real deal placing second in the White Race despite being the youngest team in the entire competition.

Saturday, Cameron Trapani - Lauren's cousin - said the team was trying to place in the top three.

"We did really well as a group today," she said.

As for Lauren - she did the usual.

"Basically it's the same as every race," she said. "I go out hard and try to keep it consistent."

Though Danville remains the preeminent girls team in District 4 they are in Class AA. Warrior Run is in Class A.

If the last two weekends are any indication both Lauren and her team will be hard to top in District 4 competition. 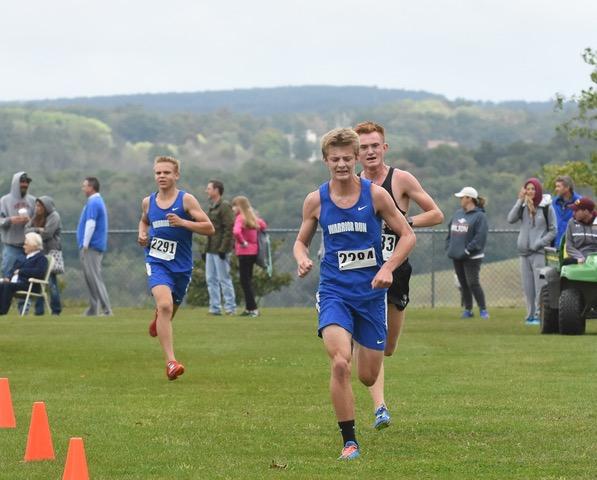 When all is said and done 2017 may be one of the best cross country years across the board in school history.

While all eyes were on the girls, especially Lauren Trapani, Saturday, the boys were ready to make some noise themselves.

"We (had) yet to all run well together," said Cassidy Hoffman who was the top finisher for his team (seventh,  17:13.1). "We raced on this course already (at a dual meet).  Today our goal was to stick together.

"For us it's kind of a statement day.

"Last year we were sixth at districts and we sneaked two guys in (to states).

There are no doubt some other Class AA teams in the district that will have something to say about that, Milton included. But Milton did not take part in Saturday's race.

And regardless, two AA teams from District 4 will advance to the PIAA Championships. 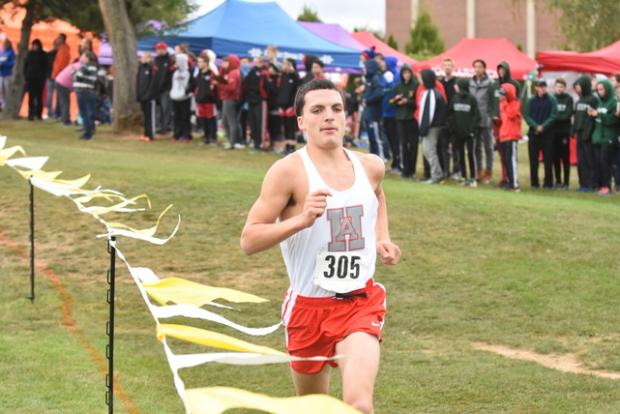 Cunningham looking for a push

Milton and its top runner Tyler Leeser, weren't the only ones missing at the Northeast Invitational. Also absent were Jersey Shore's Isaac Davis and Loyalsock's Quinn Serfass, who ran a 15:51 at Paul Short Friday.

"I wasn't mad (they weren't here)," said Cunningham. "I've wanted to win this race for awhile.

"But I was hoping to stick with Isaac Davis to get a PR."

It turned out that happened anyway albeit without help.

"I kind of wanted to push my first mile pretty fast," said the Hazelton senior. "I ran a five split.

"Then I kept pace and tried to kill the hills and take the flats easy.

"That's what led to my victory today."