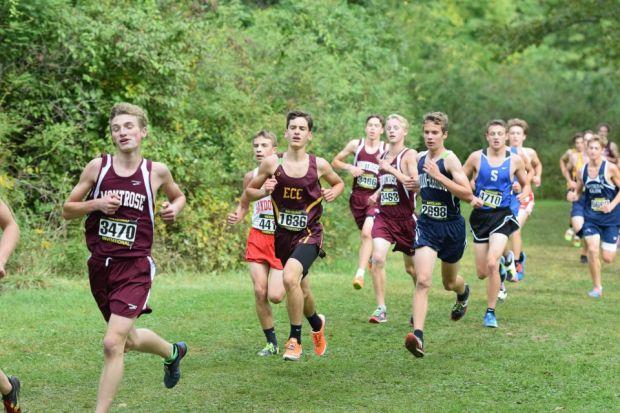 It was a great day for running in Rochester, New York on Saturday and it allowed for plenty of great competition at the 53rd Annual McQuaid Invitational. A number of PA squads took to McQuaid to race the 3 mile course.

The fastest boys time of the day by a Pennsylvania high schooler went to General McLane's Nate Price, who ran 15:14 (a big improvement over last year) to take fifth in the AA race. His teammate Erik Andrzejewski ran the second fastest PA time of the day, taking ninth in 15:25. General McLane wound up 11th in the race.

The A race provided a great battle between two of the state's top 1A squads, Elk County Catholic out of District 9 and Montrose out of District 2. ECC took the overall win in the race with 85 points to defeat second place Montrose, which scored 111 points. Notre Dame-Green Pond was fifth with 169 points.

Ben Hoffman of ECC paced the champs with a sixth place finish in 15:39. Isaac Wortman was 16th in 16:07 while the next three ECC runners finished between 24th and 27th, separated by just three seconds. 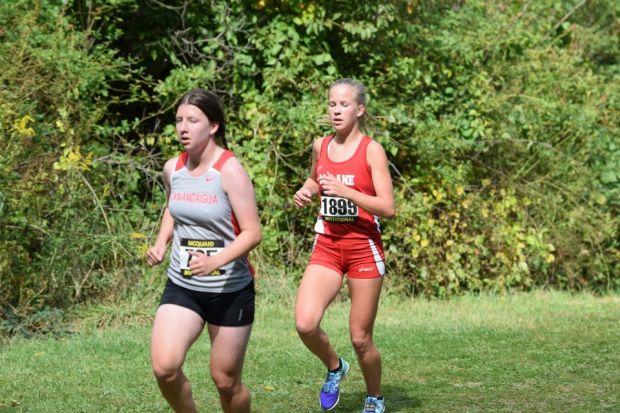 The AA race featured some great PA action on the girls' side.

General McLane's Devyn Bayle put down the fastest time of the day by any PA girl, running 18:31 for tenth place. It's been a great start to the season for Bayle, who has become one to watch out of District 10 this fall.

Villa Maria placed fourth as a team, showing off its strength on the course, as they push on to attempt to win their fourth straight AA state title. VMA put three girls in the top 20. Grace Brown led the way with an 11th place finish, just behind Bayle, in a time of 18:31. Lexi Seifert was 19th in 18:58 and Leah Prischak was 20th in 19:01. Anna Alberti, also from General McLane, was 29th in 19:21.

In the Unseeded AAA race, Cowanesque Valley's Jules Jones placed second with a strong time of 18:34. She'll be a strong District 4 runner to keep an eye on. Northern Potter's Danielle Perry was fifth in that race in 19:08 and her teammate Amanda Ford was 11th in 19:41. Northeast Bradford's Karli Moyer took tenth in that race in 19:37.