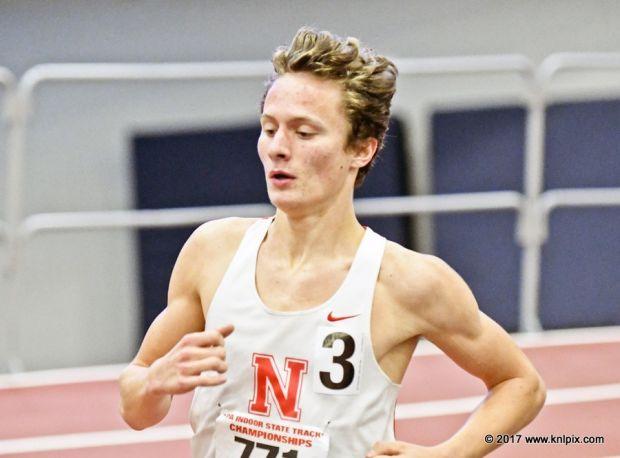 Last year, Neshaminy's Rusty Kujdych hung with Nathan Henderson of J.P. McCaskey for most of the 3,000 meters at the PTFCA Indoor State Championships. Ultimately, Henderson, a senior, won that battle and captured the state title in the 3K.

This year, though, Kujdych, has taken his running to the next level. He was dominant during cross country season, which included a AAA state title. He'll shoot for an indoor state title to add to his collection on Sunday. He'll be favored after he dropped a 8:39.51 solo effort early in the season and then an 8:42.05 for the MOC win last week. He's been a tough one to beat during his senior season and the same applies for Sunday.

Kujdych's best competition will come from Winchester Thurston's Tristan Forsythe. The 1A state champion in XC dropped a 9:15.19 at SPIRE in Ohio, which converts to a 8:40.19 using the PTFCA's standards. He's a strong racer, who will look to battle it out with Kujdych. Forsythe and Kujdych will be teammates in the fall at Georgetown, but on Sunday, they'll be fighting it out for the 3K state crown.

This has been a very strong year int he 3,000 meters, which a lot of new names emerging to drop quick times this winter. State College Area's Mitchell Etter at Penn State last week to move into the PA#3 slot in the event. He beat out Brenden Miller of Upper Dauphin and Chayce Macknair of Mifflin County in that race. All three hope to be factors. Miller went 8:49 to win the event at Kevin Dare earlier this season. Macknair has had quite the breakthrough season on the track.

Spencer Smucker of West Chester Henderson came off a great XC season and put down a fast 3K time of 8:51.10 at Yale. Look for the senior to mix it up near the front. North Allegheny's Daniel McGoey appears to be a late entry (not listed below). He was third at XC states in AAA, so look for the sophomore to also be up there.

With just 13 entries, more athletes than not will walk away with medals. Really, anyone can get inside the top eight and this this be a terrific race on Sunday.