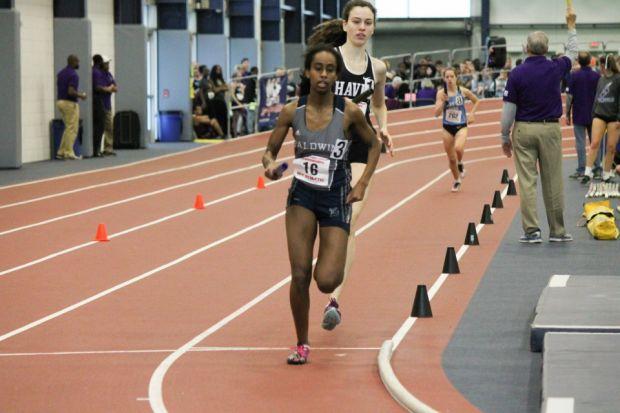 After failing to capture the state title in the 4x2 at indoor states for the first time in five years, the Cheltenham girls will look for redemption at nationals in the event. The Panthers still sit at PA#1 after indoor states with a 1:40.66 from earlier in the season at the New Balance Games. They return to the Armory this season looking to improve on that.

Coatesville is another strong team entered in the field. They ran 1:41.06 at the New Balance Games and ended up placing third behind second place Cheltenham at indoor states.

The lone PA team in the field is the Baldwin School. They ran a PA#3 of 3:57.80 to take third at indoor states. They've been making an impact all season. The field is loaded here, but look for Baldwin to leave their mark.

Not in the field is Neumann Goretti, the PA#1 indoor state champs, who sit at US#5 entering the weekend.

Two PA teams are entered in the 4x800-meter relay, including the state and Millrose champs.

Strath Haven will look to continue its strong season back at the Armory, where it went 9:11.19 (now a US#5) to win the Millrose Games title. Haven followed that up with a state championship in 9:20.84.

Penn Wood is the lone PA team in the field. The Patriots went 4:52.12 in the event back in mid-December, but have some strong pieces that should make for a competitive relay.

The state champions from Friends' Central will look to continue their great season in the DMR on Friday night. FCS ran to the state title in the event at the state meet last week. It ran 12:20.56 for that win at Penn State, but the Phoenix did run 12:15.30 (now US#11) at the VA Showcase. Anchored by the nation's top-ranked miler in Gabrielle Wilkinson, look for Friends' Central to make some noise to start the weekend off.