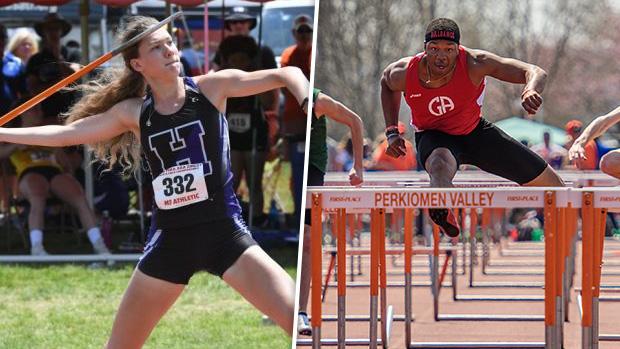 Some of Pennsylvania's top track and field athletes are headed to Bloomington, Indiana this weekend for the USATF Junior Outdoor Championships. This year, the meet falls on the same day as New Balance Nationals Outdoor, though it appears a majority of PA's top talent is heading to USATF Juniors.

Miles Green of Saint Joseph's Prep originally entered in the 400-meter hurdles for USATF, but will not be competing, instead choosing to race at New Balance Nationals Outdoor this weekend. Ayden Owens of North Allegheny, fresh off a win at Brooks PR, will not be competing at USATF Juniors, but will still be going to Finland representing Puerto Rico.

We compiled a list of the PA high schoolers and alums in the fields below. The athletes listed below have either "declared" their intent or have "qualified" for the meet (in alphabetical order)

Did we miss anyone? Email Dan Beck (daniel.beck@flosports.tv) for a correction.