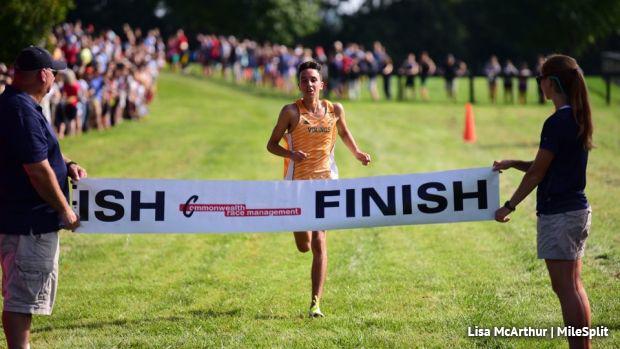 Carlos Shultz, who would have been one of Pennsylvania's top cross country returners this season, won in his debut for Loudoun Valley (Va.) High School at the Great Meadow Invitational in The Plains, Virginia.

Shultz covered the course in 15:56, the 14th fastest time in meet history per MileStat, and led the Vikings to the team title. Loudoun Valley rested most of its projected varsity runners on the team that won at Nike Cross Nationals last season.

Shultz, a junior, transferred to Loudoun Valley before the start of the season after attending Bishop Shanahan last year. He has also attended Conestoga and Phoenixville Area during his high school career in PA. Shultz is the second former PA runner to transfer to Loudoun Valley. Sam Affolder, formerly of Carlisle, transferred the the Virginia school before the start of last season. Affolder did not race on Saturday.

Shultz had a strong sophomore season last fall. With Phoenixville, he was fifth in PIAA District 1 and 21st at the state meet in Class AAA. He ran his 5K best of 15:21 at the Paul Short Run.

It's unclear yet where Shultz will fit in in Loudoun Valley's lineup -- arguably the deepest in the nation -- but Saturday was a great start for the new Virginian.