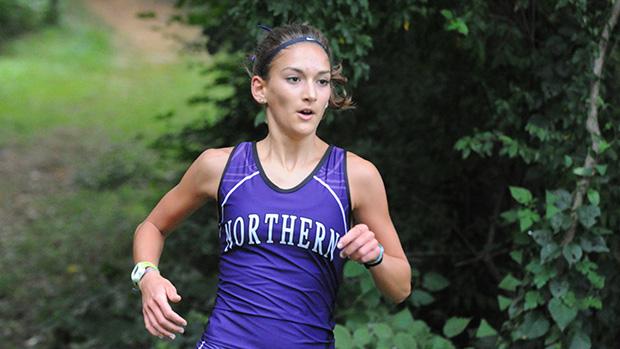 Marlee Starliper is set to start off her junior season with a crack at a season-opening win and possibly a course record at PTXC 10 in the Gold Race. The Northern runner enters Saturday as the clear PA#1 and sits at US39 in the MileSplit50 rankings.

She's the strong favorite to win this weekend, and she'll likely have her sights set on the course record, which is 17:48 by Kennedy Weisner at PTXC 5 (the overall meet record is 17:17 by Aisling Cuffe from a different course at F&M). Starliper's 2018 journey, which she hopes will end with a high finish at Foot Locker Nationals in December, begins at Kutztown.

Saturday's Gold Race is very deep all around, though. PA#2 Taryn Parks of Greencastle-Antrim is in the race. Parks is a two-time Foot Locker Nationals qualifier and former PA state champ. She won the 1,600 meters at outdoor states this past spring, running 4:46. She'll look to give a challenge to her conference and district foe, Starliper. Loudoun Valley (VA)'s Ricky Fetterolf was fourth at PTXC last year and fifth at the VA state meet. She'll likely lead the Vikings into Saturday and should be a threat for another high finish.

Katie Locker (PA#7) of Elizabethtown Area, who won the Blue Race two years ago and placed 7th in the Gold Race last year, will be another factor. She had a strong season last year and will aim for a nice beginning to her junior year. PA#16 Andrea Miller of Governor Mifflin and PA#23 Julia Flood of Central Bucks West round out the other ranked PA girls in the field. Both Miller and Flood should mix it up inside the top five. 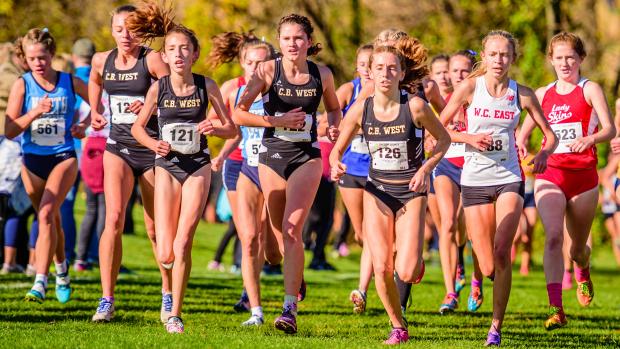 We should see a close one in the team race. PA#3 Central Bucks West will look to start its season off on the right foot after a very solid 2017. Its best challenge will come from the defending meet champs from Loudoun Valley. LV won last year, while the young CB West was second (and the top PA squad in the meet). With some more experience under its belt, West may be the team to beat on Saturday.

Danbury was second last year at the Connecticut state meet. They return six girls from last year's team, and could factor in to the team conversation in their trip south.

PA#9 Manheim Township, which placed second at states last year, will also be looking for a nice start to its season. MT graduated some strong seniors from last year's team, but has a solid core back. Central Bucks East, which opened up last week with a win at Northampton, is another strong team to watch for.

Elizabethtown Area, Parkland, Council Rock South, Northern, Spring Ford and Governor Mifflin will also be in the hunt for top five team finishes in this race.