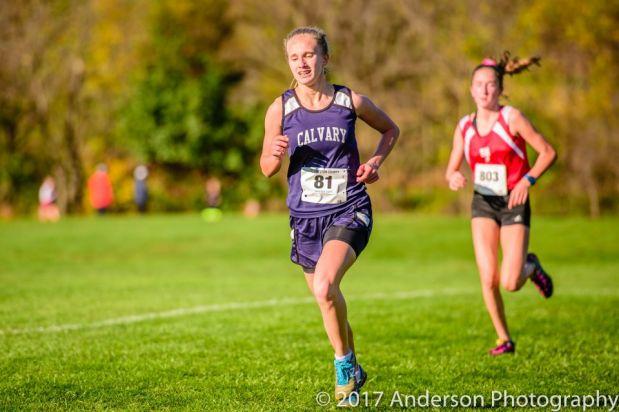 Last year, the fastest girls' time of the day nearly came from the Blue Race, when Rebecca Snyder of Oley Valley solo'd a 18:57 in the mud (Abby Yourkavitch ran 18:53 to win the Gold Race). That may not happen again this year, but that doesn't mean there isn't a lot of talent set for the Blue Race on Saturday.

Expect a close one up front. Montville Twp. (NJ)'s Anna George will be one to watch. The senior was 41st two years ago at the New Jersey Meet of Champions in XC and ran 18:44 for 5K last season. The top entry looks to be Abigail Brown of Calvary Christian. The defending District 1 Class A champion was 29th at states last year in 1A and will look to start her senior year off on the right foot.

Cedar Cliff's Corinne Firestone, Wyomissing Area's Grace Kuhn, Holy Cross' Molly Repecki, and Red Land's Emily Neff are among the other contenders in this fairly wide open field. The Blue Race is no stranger to breakthrough performances, so look for that on Saturday, as well.

Loudoun Valley, one of the top team threats in the Gold Race, will also be racing its "B" varsity team in the Blue Race. Look for the Vikings from Virginia to post a low score in this race. Red Land, Cedar Cliff, Hatboro-Horsham, and Calvary Christian are among the other teams that will contend for the win.