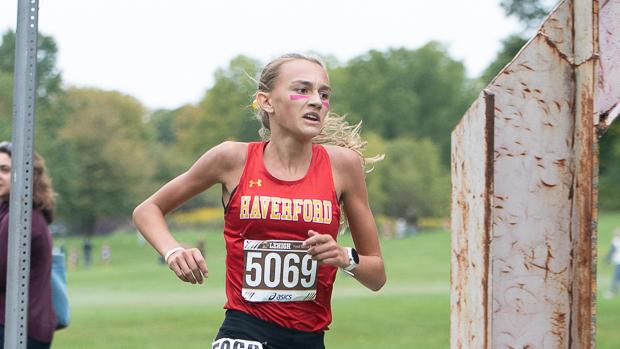 It was another great weekend, relive it all right here!

Manheim Township and Episcopal Academy won the Boys Brown and White Races respectively. Manheim Township had close competition throughout, while Episcopal was in a tight battle with Monroe-Woodbury. In the Girls Brown race, Owen J. Roberts earned a close victory over several ranked teams. There were five teams within 30 points of eachother. Penn Charter won the Girl's White Race.

Which winning team had the best performance at Paul Short?

Morgantown (WV) swept the team titles in both the Girls' and Boys' 3A races. Harbor Creek earned a narrow victory over Elizabeth Forward and Freeport Area in the 2A race while Winchester Thurston defeated Marion Center in the 1A Boys race. Freeport Area earned the 2A win on the girls side and Marion Center earned redemption in the 1A girls race.

From an individual perspective, Morgantown went 1-2-3-4 in the Girls' 1A race, as Madeline Gump, Anna Lester, Sophie Renner, and Amelia Summers all ran 19:35 or quicker. Owen Bluman of Taylor Allderdice ran the fastest time of the day on the boys side, a 16:17.

The Grove City boys earned the win at their home meet, placing six in the top 15 en route to a 32 point victory. Beaver Area held off North Catholic and Hampton for the team title on the girls side. They placed five in the top 25 with a 20:27 average.

Despite racing without Rory Lieberman (who broke 15 at Paul Short the previous day), Danville Area earned the team win on the boys side. Dane Spahr earned the individual victory for Danville, in a 16:31. The team averaged 17:09.

On the girls' side, Gabby Pistner, Maizy Aikey, Madison Hedglin and Bri Hennett dueled it for the individual victory Pistner eventually won in 18:44 and led Saint Marys to a team runner-up. Danville snatched the sweep, averaging 20:27, placing six in the top 30.