Loading
Scroll down for Frosh, Soph and Seeded Pennsylvania pix.

McGuffey's Weiss, and Manheim Township's Miller help
each other get out well at about 400 meters. 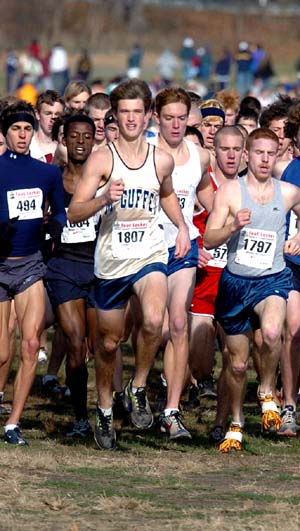 Jeff Weiss and Craig Miller, the two boys state champions in 2004, are in the Foot Locker finals set for December 11th at Balboa Park in San Diego, California. Their 6th and 8th place performances highlighted a great day for Pennsylvania athletes on the venue known simply as Vanny in New York\'s Bronx. The 14 points Weiss and Miller contributed, were backed up by more strong performances by Brandon Pomerantz, Council Rock North, Sam Luff, Emmaus, and Jake Walker, Ellwood City, all in the top 22 to give PA a remarkable 2nd place finish to New York, 40-75. Pomerantz was 18th in 16:03, Luff a second back in 21st, and Walker just a second behind him in 22nd. Weiss and Miller started near each other, and remained together through the first part of the course. Heading into the woods, they were perfectly positioned behind the eventual winner Chris Barnicle of Massachusetts. Also in great position at that point was Luff, who was mostly recovered from a case of food poisoning suffered at the Mid East Regional Nov 20th in Ohio. Luff was just 30 meters off Miller\'s back at the 2.25 mile mark, but faded over the final 500 meters from 10th to 21st. Pomerantz caught Luff in the stretch and was 3rd on the team, with Walker gaining ground as well. Weiss said he had to make a major move in the woods to get into 8th place to ensure his trip. And surprisingly, he wasn\'t that impressed with Van Cortlandt\'s vaunted hills. \"The hills weren\'t as big as I thought they were going to be. But other than that, it was what I expected. First mile flat. Second mile challenging. Third mile easy. People were saying the hills were big, but compared to western PA, they\'re just little hills.\" Miller will be missing the first few Manheim Township swim meets with twin Brad next week, thanks to his 8th place finish. Unlike Weiss, Miller found his advance race on the course November 14th to be to his advantage. \"I\'m sure it helped me a lot. To make sure not to kick too early because it\'s quite a long stretch to the finish." 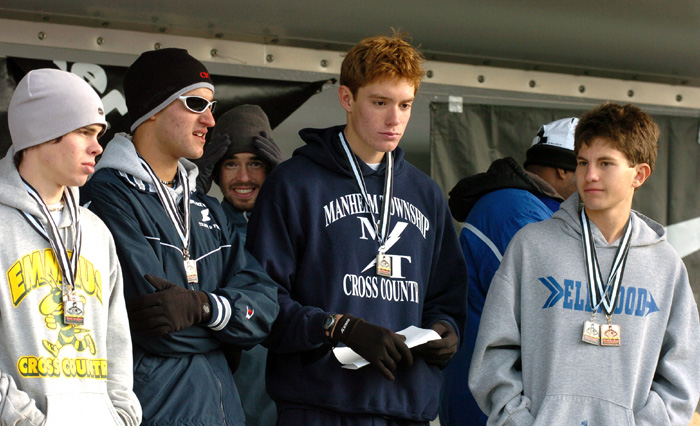 Sam Luff was in the hunt for more than two miles. 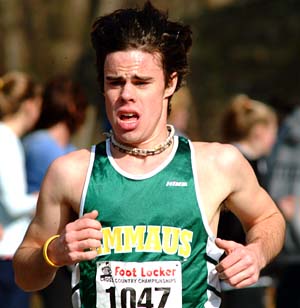 The PA girls didn\'t qualify an individual this year, but the future looks bright. The first PA finisher was 9th grade homeschooled Neely Spence of Shippensburg. Spence was in the mix most of the way, always within striking distance of the 8th and final spot. In fact, she was with eventual 7th place finisher Laura Cummings of Bay Shore NY at the 2.25 mile mark. Spence would finish 14th in 18:48. She led a strong performance by the PA team (top five) with 109 points, finishing 3rd behind the perfect New York squad with 15, and New Jersey with 63. Joining Spence in the top 28 were Mercer senior Nichole Smith, 20th in 29:05; Alycia Woodruff, the West Chester East sophomore, 23rd in 19:18, Parkland junior Erin Roberts, 26th in 19:27, and Upper Dublin senior Lauren Bowles, 28th in 19:29. 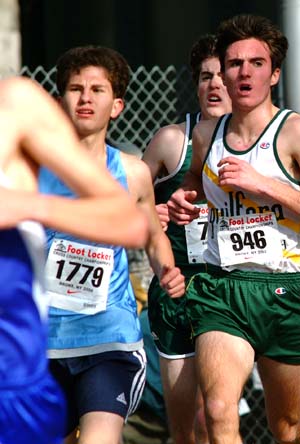 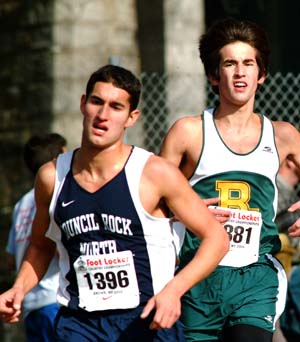 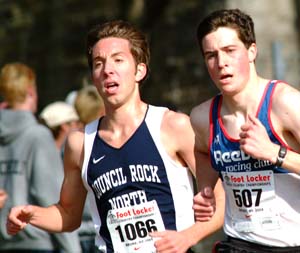 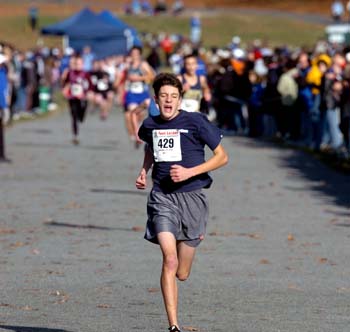 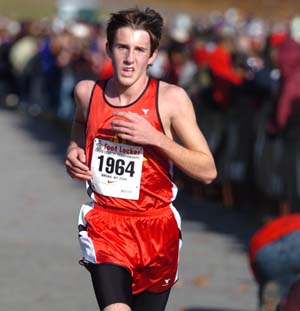 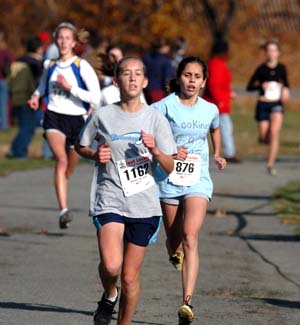 Neely Spence was out well nearing a mile. 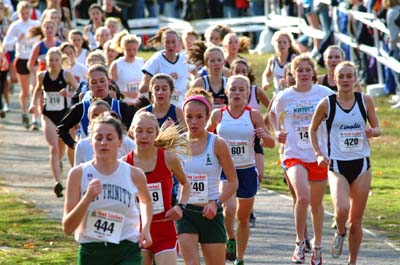 And still in the hunt with Laura Cummings at 2.25 miles. 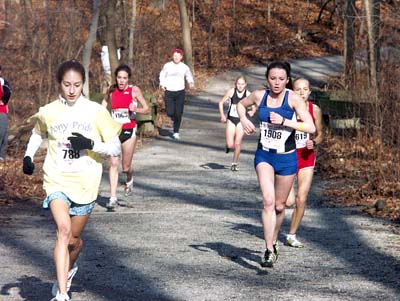 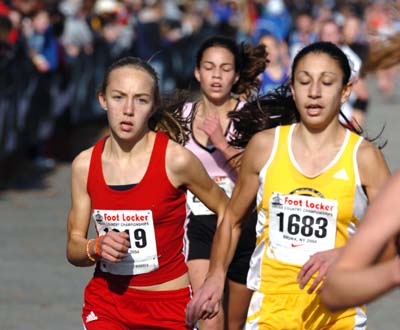 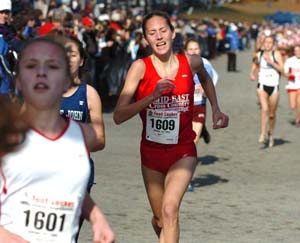 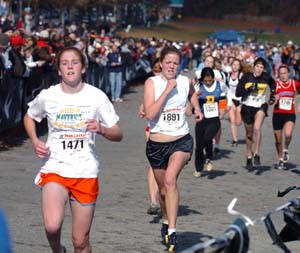