My injury started back in mid August right around when official cross country practices started.  It started off as a pain down the inside of my quad, I ran for on it for a couple days, but soon it got to the point where I could not run without limping.  After taking a few days off and there being no signs of improvement I decided to go to physical therapy.  My physical therapist said that I had strained my groin muscle and within a week of massaging it out, I would be okay.  It did get better, but I made the mistake of continuing to run through it.  When I was running my form was so off because of the pain that this made my hip and knee hurt, which then made me run even more awkwardly.  If I had just taken a week off and gone to physical therapy I would most likely be fine right now and would have had solid training in these past six weeks.

Everyday it seemed to be something different when I was running.  Some days my hip would hurt, some days my knee hurt, and some days my groin hurt again, and then some days it would all just hurt. 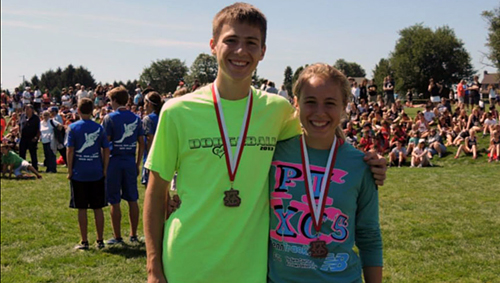 With Dom after his PTXC-5 win

By the time PTXC rolled around, for some reason I decided to race.  I raced and things still hurt and my form was completely off, but I did realize that I was not as out of shape as I thought I would be.  My time was not too bad and I was not even tired when I crossed the finish line!  It was also really nice to see my teammates hard work already paying off, we had so many great performance that day.  After PTXC I realized I had to take some time off, so I took a little over a week off.  When I came back the next week I was actually running without pain, something I had not experienced in five weeks! I was sick with the rest of my team that week, but that was probably my best week of training this season. 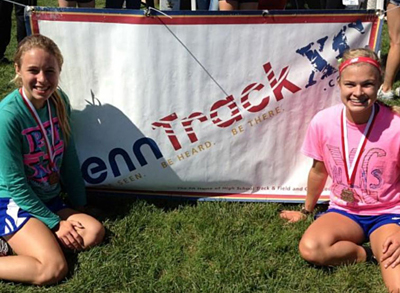 The next week though things took a turn for the worse.  I had a sharp pain in my shin on the leg I had been putting so much pressure on for the last five weeks.  I had hardly been running but I feared a stress fracture because I had been running so awkwardly.  I immediately stopped running in fear that if I kept running I would not be able to run districts and states and help my team to our goals.

Senior night with my younger brother and sister. 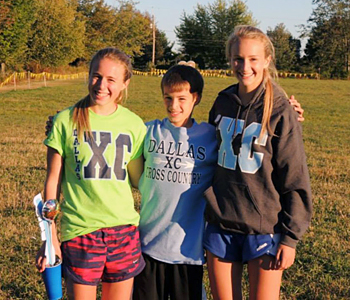 I took about ten days off went to my physical therapist who sent me to an orthopedic surgeon to get it checked out.  The orthopedic surgeon I go to is awesome!  He was a serious athlete himself, he once held the decathlon school record at Dartmouth.  I can’t express how nice it is to have a doctor who was a former athlete himself.  He also gave me the great news that I did not have a stress fracture, only a shin splint from running so awkwardly.  Two days ago was the first day I ran again, a solid twenty minute run with my mom.  I am taking things easy because I do not want to make my shin splint worse and right now my only goal is to get to the starting line of districts and states and do what I need to for my team. 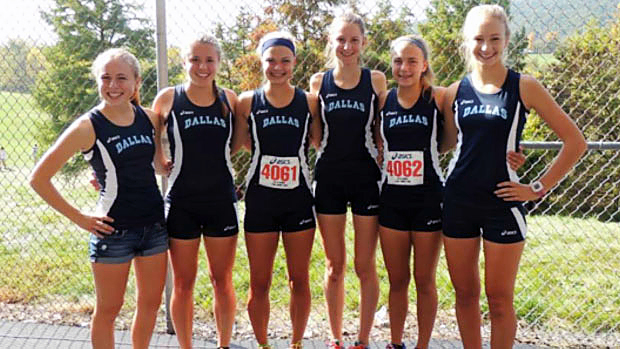 Aside from my injury things seem to be going really well for my team.  My team has been working so hard and I can’t wait to see what they do individually in the championship season!  The thing I miss the most about cross country is toeing the line for workouts and races with my teammates, hopefully in 4 weeks though I will be on the state line with them!  Hopefully things finally start getting better for me, it has been a long seven weeks!