Dallas senior Regan Rome has had a remarkable career at Dallas in her first three years. Rome has been a medalist each of her first three years in XC, twice in AAA and in 2012 taking 3rd - leading her team to the podium in 2nd by just three points in AA, and then to the team title in 2013 with her runner-up finish. She is a three-time defending champ in Distirct 2 (2x AAA,1x AA); and capped off 2012 with a 4th place finish at Foot Locker Northeast, finishing 19th in San Diego, just seven seconds from all-American. Her 8th place in 2013 earned her a return trip to San Diego. And Rome is a three time medalist in AAA in the 3200 in the PIAA champs, plus a two time medalist in the 3k at the PTFCA Indoor Champs, taking 3rd in 2013 in 9:53.59 as Tessa Barrett and Courtney Smith both bettered the state record.

I hope everyone has been enjoying their holiday breaks and is getting ready to have a successful indoor season!   I just returned from nationals last week and once again it was an incredible experience to say the least.

My trip to nationals started on Wednesday when we drove down to get a hotel in Philadelphia to catch our 6:00am flight the next day.  My mom, dad, coach, and my sister all came with me this year and I was really thankful they were all able to come out and watch me race and share the experience with me.  On the flight I got to meet two of the other Foot Locker athletes, Brianna Gess from New Jersey and Ross Wilson from the greatest state ever!  Both flights went really well, which I was relieved about because my family has had some pretty bad experiences with flights being cancelled (once our flight got cancelled in Minneapolis and we had no other choice but to drive the twenty-two hours in a rental car).  When we got to San Diego we got all of our awesome Asics gear and hotel rooms, and my roommate Natalie Rathjen and I got the really big room, it was pretty awesome, it was probably big enough for a family to live there.  Also I thought it was pretty cool that Natalie was from DALLAS, Texas and I was from DALLAS, Pennsylvania and we were rooming together!

That night we went to meet all of the other athletes from our region and other regions at dinner.  I was able to meet two of my future teammates at William&Mary who were also competing at nationals, Molly Breidenbaugh and Mackenzie Haight.  They were both so cool and I am so excited that I will be on the same team as both of them next year, GO TRIBE! 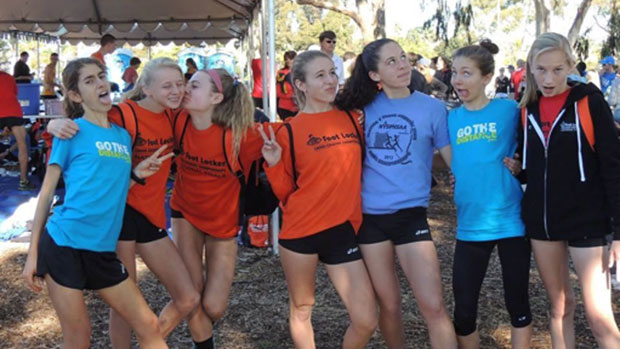 The next day we went to preview the course and we got to meet the elite athletes that were assigned to our regions.  One of the elite athletes assigned to the northeast was Alysia Montano who was so good to have around, she was such a fun, positive person.  With everything Alysia has accomplished you would never know it, she is an extremely humble person who made all of our Foot Locker experiences that much better.  The course was just like I had remembered it and after we were done looking at it we went back to the hotel and I took a nap because I was still very tired from the time change.  After my nap I had some fun with some of the other Northeast girls before heading over to dinner and the panel discussion with the elite athletes.  It was nice to hear advice from elite runners who were in the same place we are in now some years ago.  It is so awesome that these athletes come out to San Diego for this event and it really makes being part of the event that much more special. 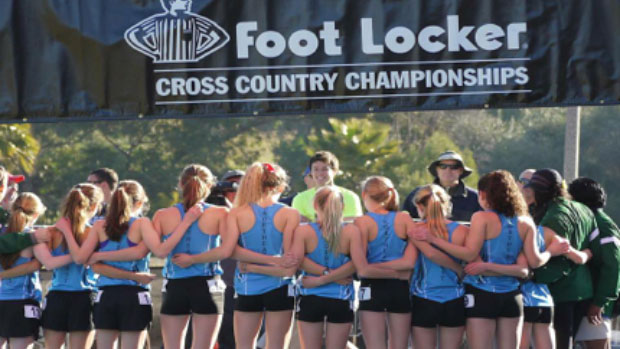 The next day of course was RACE DAY! The day before and that morning I received an abundant amount of good luck texts and tweets just reminding me of how blessed I am to have so many amazing supportive people in my life.  I feel so lucky to have had such great teammates and to have made friends with so many runners from the area, who have made my high school running career such a great experience.  I was also really excited that I had the opportunity to end my high school cross country career at Foot Locker nationals!  I certainly could not have asked for much more!

Before the race I was not nervous because I was just really happy to be out there, but I wanted to make sure I gave the race everything I had.  The race started and it did not go out as fast as I anticipated so I was closer to the front than I thought.  I started fading back and found myself in the 30’s but through the last mile I caught a couple of runners for 28th place.  I didn’t feel great and it certainly was not my best race, but I could not be disappointed, I was just thrilled that I could end my high school cross country career at such a prestigious race.  Also I was amazed by how well our Northeast team did, just about everyone had really good races!  I was really amazed by my one Northeast teammate Anoush who fell at the 800 and was in dead last, but instead of giving up she worked her way up to fourth place! I was also in awe at Briana Schwartz’s sixth place finish, I know it can be hard to comeback after having a disappointing state race and I know Briana was not thrilled with her state race but she certainly did not let it get to her at all, she went out there and showed not only PA but the nation just how great she really is.  And there were so many other great races from my Northeast teammates that lead us to win, which was awesome! 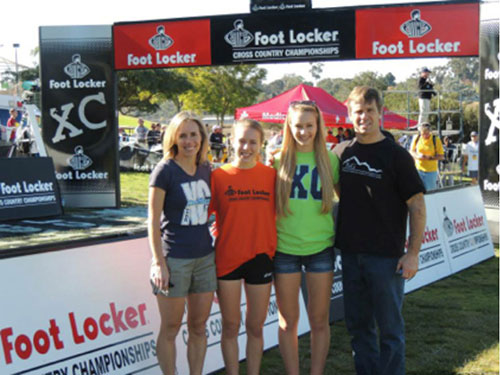 When we went back to the hotel I spent a lot of time hanging out with some of my Northeast girls and of course eating a TON of junk food, including my favorite junk food M&Ms.  In the afternoon I also went to the San Diego Zoo with my family, it was nice to be able to do something with them.  Then I went to the banquet and everyone got their awards.  After the banquet, the athletes went to the the dance, went to the beach, explored the hotel, hung out in my huge room, stole a car, got tattoos,  and stayed up all night.  Well, some of that may not be true.  My flight was at four in the morning and after getting no sleep that night I slept like a baby on our flights home.

I would like to send congratulations to all the athletes who participated in this prestigious race!  I can’t believe that was my last high school cross country race, it is bittersweet to think after all these years I will never be representing Dallas again in cross country.  I was so thankful that my last race was the Foot Locker cross country championships, I could not have asked for a greater place to end my high school cross country career!  I am just so thankful that I got involved in this sport because I have made so many friends and memories from this sport.  What makes this sport so special is the people involved in this sport, there are so many great coaches, athletes, and some amazing people like Don Rich and those at Penntrack.

I hope everyone is enduring this cold weather and getting some quality training in.  Good luck to everyone in their first few indoor meets! 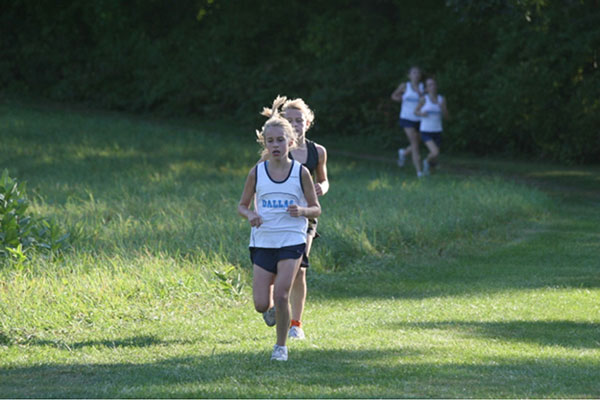