Over the course of the past several years, Brianna Schwartz has run virtually alone many times on her way to developing into one of the country’s top distance talents, claiming state championships and gaining national recognition in the fall, winter and spring.

The Shaler Area standout went looking for a collegiate program that offered a “strong team culture.” On Monday, Schwartz ended her search, verbally committing to the University of Colorado. 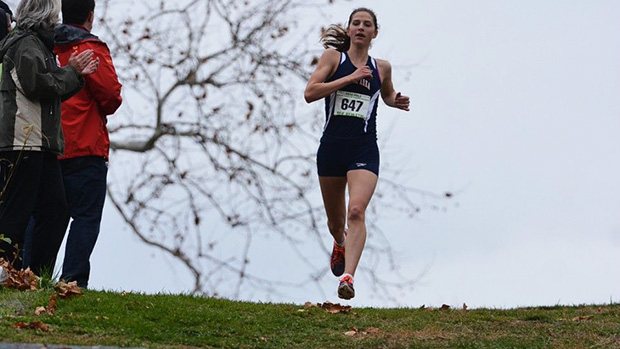 “I was looking for a school with a good balance of running and academics, as well as a location that was ideal for training and college life,” Schwartz said. “The team and coaches were other important aspects. A strong team culture that I could instantly fit into was a huge factor because I never really had that. I also was looking for a coaching staff that I could trust and that is not only good at what they do but really enjoy it.”

The full-scholarship offer from the Buffaloes was one of several that she was mulling over during recent weeks. Schwartz said she will sign with the Pac-12 power later this week when the new weeklong, early signing period opens Wednesday.

“The whole atmosphere in Boulder was just something I've never been in before, and I really liked it,” she said. “The area is beautiful; the places to train are amazing. Obviously, the program is very good and very successful. The coaches are extremely knowledgeable and experienced. I felt right away I would fit in with them and the team.

“Another thing that I loved is that every athlete is dedicated. They all love training, and they want to be great. I knew that that kind of atmosphere is where I would be most successful while having fun doing it.”

Schwartz said she considered and “looked into” around 20 schools from those that expressed interest in her over the past several years. She narrowed the list to Virginia, Syracuse, Villanova and Colorado and took official visits to those schools on consecutive weekends in September and October before opening her competitive season at the Slippery Rock University Mack Cooper Invitational.

Two back-to-back course-record runs (Mack Cooper and WPIAL) at Cooper’s Lake were followed by the second-fastest time ever at Hershey’s Parkview Course as Schwartz turned an abbreviated regular season into her first state cross country title on November 1. She also is the two-time defending Class AAA champion in the 1,600 meters and Pennsylvania’s indoor mile record holder at 4:42.58.

“Yes, I'm really happy and relieved that I made my decision,” Schwartz said. “Now I can just focus on my training and races, with a little extra motivation.”

She is scheduled to return to racing on November 29 in the Foot Locker Northeast Regional at historic Van Cortlandt Park in New York City. In 2013, Schwartz finished fourth in the Bronx and then was sixth at the national final in San Diego.