Top PIAA sprinters Jahvel Hemphill and Brian Zimmerman were separated by classification Saturday at District 4's AA-AAA Championships but it didn't stop the fireworks in the boys sprints as the two combined to take down district records in the 100, 200 and 400.

A total of eight District 4 records fell at Athens. PA shot put No. 1 Courtney McCartney broke her own record in that event as well as taking down Rachel Fatherly's 2012 record in the discus. Her teammate Alexis Auman set a new record in the long jump. Two Williamsport runners, GeZoriea Amos and Hannah Weber, broke records in the 200 and 800 respectively. Overall 50 elite marks were set at the meet, netting District 4 23 top-five seeds going into the weekend.

In the AA 100 Hemphill smashed the 1974 hand-time record (10.8) of Selinsgrove's Mike Fahnestock. But that wasn't the record on the defending 100 gold-medalist mind on Saturday - Hemphill wants the state record (10.58).

“It's definitely a goal," said the Bloomsburg sophomore.

And just a hundredth of a second off in his winning time of 10.59 Hemphill almost got it a week early.

“I didn't' expect to get that close today," he admitted. 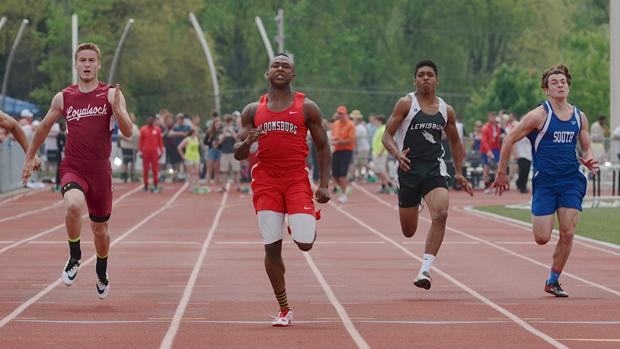 “It felt like a good race," said the Mifflinburg junior who comes into the PIAA Championships as the No. 1 AAA seed. “I'm just glad I'm in AAA and don't have to compete with him next weekend."

“I was shocked to see the time," said Zimmerman. 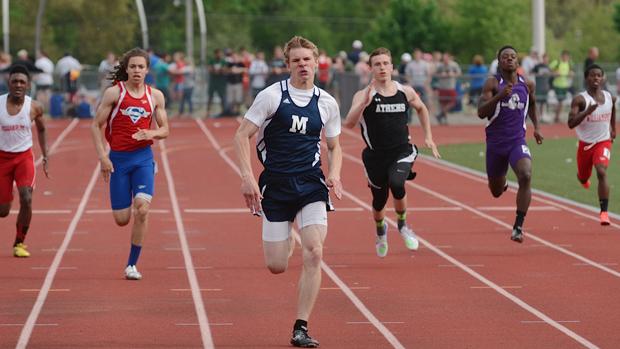 “I've been working on my drive phase," Hemphill said. “I'm excited to see what I can do."

District 4 proved itself to be best in AA 110 hurdles Saturday as Luke Rarig won high hurdle race in a new personal best of 14.28. Looking far behind in the race but still second-best in the state AA field was Milton junior Ian Nieves (14.70).

“He ran with me for the first two hurdles," said Rarig of Nieves.

And once again the UConn-bound athlete was surprised by his time.

“I felt like I had a good start but I didn't expect to beat my PR considering I clipped two hurdles and hit the last one." 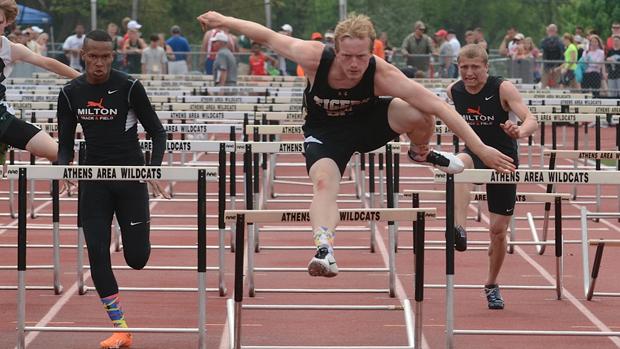 Molino fell just short with his impressive 4:14.70 run which gives him the AA No. 1 seed.

“It's the fourth record I have missed by (less than) a second," he said. “I went out way too fast but I really wanted to win.

“This is my first district (track) championship." 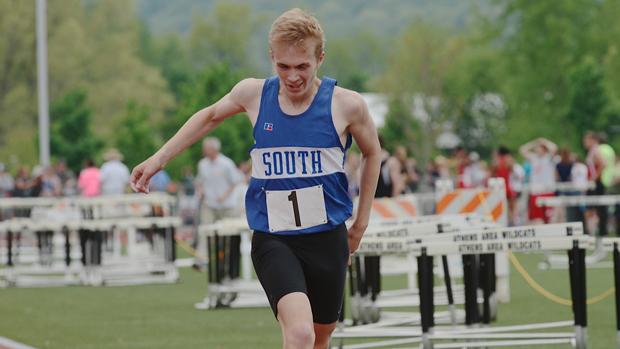 McCartney and Auman show their best in AAA field

It was all about reaping rewards for the two Selinsgrove field athletes on Saturday.

And for McCartney who comes into the weekend not only with a No. 1 seeding in the shot but also No. 2 in the discus Saturday was a day of PRs for the Arizona State-bound standout.

“She trains with such a high attention and focus," he said. “You can just tell that when she clicks (like she did) during the week, she'll have a big day."

For McCartney the records were immaterial.

And the senior's best showed that the ankle she broke in March was no longer an issue. 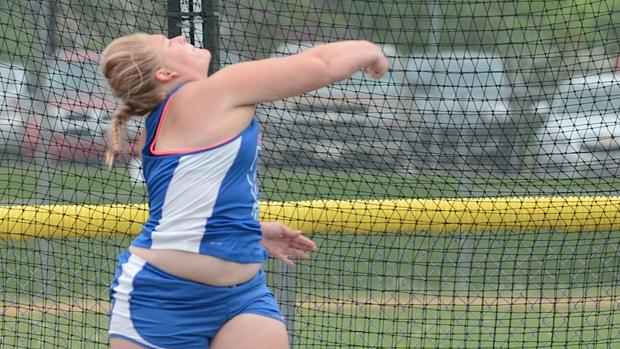 While Auman has had district success as a sophomore and junior it has not translated to the medal stand at states. This year the Bucknell-bound senior knew she will have to go big at states just to get to the finals.

The district meet served as a pretty good dress rehearsal for that strategy.

Although she took five jumps in the triple, the last one (38-1.75) has her seeded fifth this weekend. In the long jump she is tied for seventh seed.

“I'm so happy to know I accomplished my goal at the right meet," said Auman who also won the 400 and anchored Selinsgrove' s winning 4x400 with PRs. 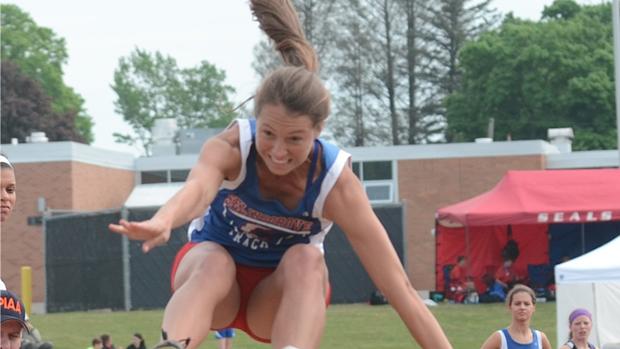