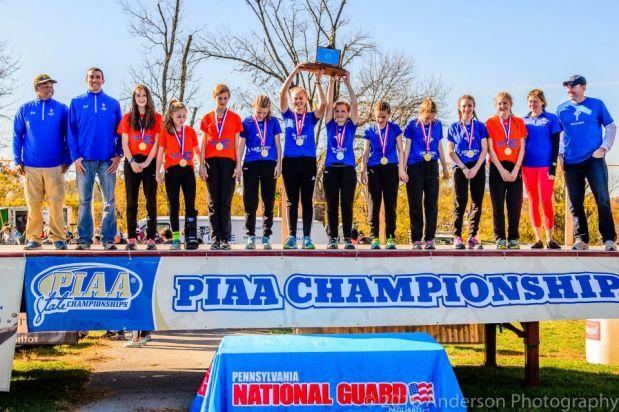 It is going to be another competitive year in the girls 1A race on Saturday. Last year, Saint Joseph's Catholic Academy captured its second straight team title after tying Elk Lake and winning on a sixth runner tiebreaker. This year, St. Joseph's Catholic returns a good amount from last year's team and will shoot for three in a row. At the District 6 Championships, their front runners---juniors Julia Cusatis and Sera Mazza---took the top two spots, with Custatis taking the top spot over the defending 1A state champ in Mazza. SJCA scored just 35 points to take the championship this past Saturday.

However, Saint Joseph's Catholic will face some competition from District 10's Fairview this year. Fairview's team is led by two freshman, Maddison Hayes and Halle Myers, who took first and second place at the District 10 championships. Fairview has the front runners and if their pack of girls move up on Saturday, they could steal the show. Fairview even beat Vincentian Academy at the Mack Cooper Invite earlier this season. 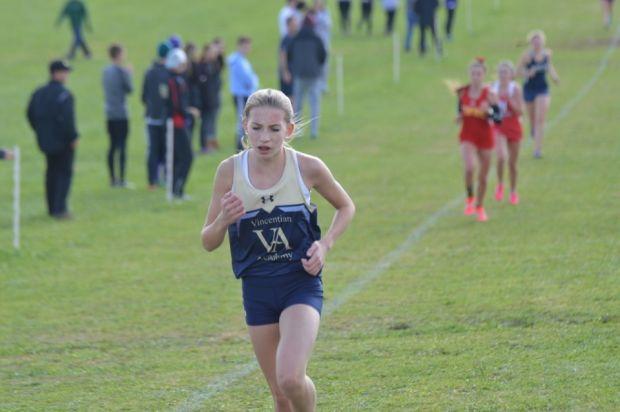 Vincentian Academy was fourth overall as a team last year. This season, they lost their front runner Marianne Abdalah, but found a new leader in freshman Tara Lucot. The team won the PIAA Foundation Invitational as well as the WPIAL title, and will certainly challenge Saint Joseph's Catholic and Fairview in the 1A race. Cardinal Wuerl North Catholic was just nine points off Vincentian at WPIALs, and look to be trending upward at the right time for a run at the top five.

District 4's Warrior Run was not on our radar earlier this season, but has made a convincing campaign this fall. The team is led by talented freshman Lauren Trapani, but truthfully there are many young freshmen contributing to the team. In fact, at the District 4 championship, their entire squad was freshman except for one. Freshman Emma Miller and Cameron Trapani will contribute to the team's success on Saturday.

Marion Center Area girls could also place well on Saturday. The girls were third overall as a team last year and were also third at the Foundation Invite. MCA is led by junior MacKenzie Walker.