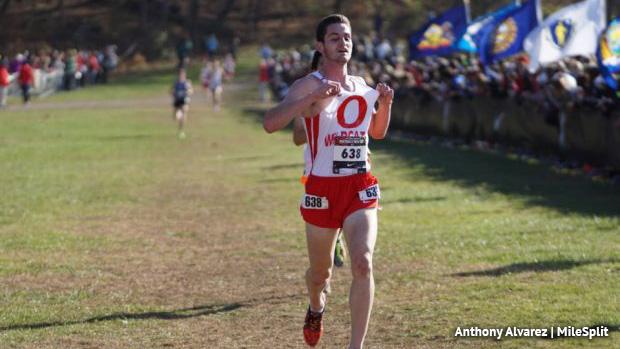 This Saturday, a number of Pennsylvania's best will continue their XC seasons at Foot Locker Northeast and Nike Cross Regionals-Northeast in hopes of earning berths in national championship meets. With entries to be released in the coming days, we'll get a clearer picture of the contenders in both regional races. Until then, let's look back on what was a big Saturday for PA individuals at regionals last year!

Northern's Marlee Starliper became the fourth Pennsylvania girl in five years to win Foot Locker Northeast. She ran 17:47 for that win, pulling away from a strong veteran field. Eventually the then-sophomore capped off her XC season with a 13th place finish at Foot Locker Nationals.

Upper Saint Clair's Savannah Shaw, now a freshman at North Carolina State, was sixth in 18:14. Greencastle-Antrim's Taryn Parks took tenth in 18:25, earning her second straight trip to San Diego. Both earned those coveted top ten finishes to get into nationals.

Rusty Kujdych of Neshaminy was the lone Pennsylvania qualifier through to nationals on the boys side. The AAA state champion took eighth overall in the field in 15:51 to book his trip to San Diego. He ended up 23rd at nationals a few weeks later.

A pair of PA boys and one PA girl earned a trip to Portland for Nike Cross Nationals, via NXN-Northeast Regional in Wappinger's Falls, New York last year.

Liam Conway of Owen J. Roberts was second in 16:02 and Spencer Smucker of West Chester Henderson was fourth in 16:16. That qualified both runners to nationals, as both placed inside the top 5 of individuals not on a qualifying team.

In the girls' race, Katie Dammer of Abington Heights placed third in 18:36, also earning a trip to nationals. Dammer then placed 23rd at nationals, capping off her high school XC career on a very high note. In the team race, Fox Chapel Area, the PIAA Class AAA team champions, placed third as a team with 189 points, just on the outside of one of the two automatic qualifying spots.