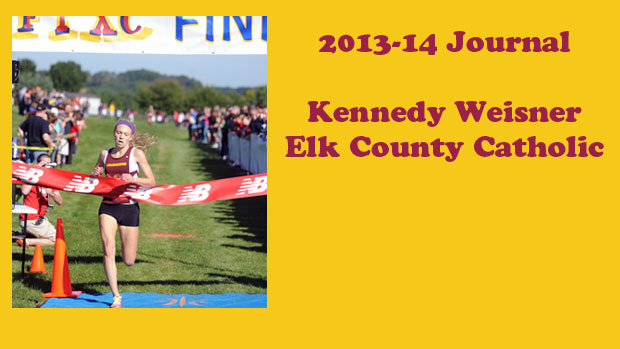 Hi everyone! My name is Kennedy Weisner and I am a senior at Elk County Catholic High School. It is hard to believe that my senior year is already here, and with it, the start of cross country season! 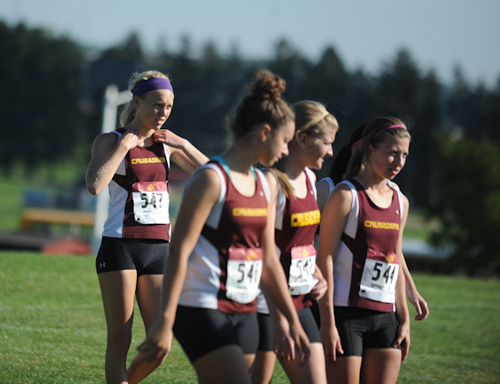 My team and I had our first meet last weekend in Kutztown at PTXC5. Although I have run this race the past two years, this is the first time that my team came, so it was an extra special start to the season! This is always such a great meet with excellent competition, so my team and I were excited (and also nervous!) to run our first race. Since Kutztown is almost a five hour trip for us, we piled into the school vans after second period on Friday morning. After a quick stop for lunch and some questionably dangerous driving on some very windy roads, we finally arrived at the course and were able to walk/jog it and get a feel for what we would be facing the next day.

The weather the next morning was perfect and the course was better than I have ever seen it. Since it was the first race of my season, I was even more nervous than usual, but as soon as the gun went off I felt fine!  For the first mile I pretty much ran side by side with Marissa Sheva, and I was feeling strong. I decided to throw in a bit of a surge right after the first mile and created a bit of a separation between myself and the rest of the pack. I tried to push the second mile and just stay strong on the last mile. Before I knew it I was climbing the final hill to the finish line. I was excited to see that my time was 17:49 because I had never broken 18 before!

Overall my team had a pretty good day. It was a great opportunity for us all to see where we are at this point in the season. We had one other girl place in the top 20 and our little freshman, Lauryn, had a great first race, breaking 23 minutes! The rest of our girls and guys did really well, and I know we cannot wait until our next race to see how we can improve.

After the race, I took my first official visit to Villanova. I was secretly hoping that my host would be Angel Piccirillo, and it turned out that she was! That night, we went out to eat, along with the other sophomore girls, Caitlin Bungo and Kelsey Margey. On recommendation by Angel, I had lasagna, and it was delicious! Angel definitely knows her lasagna! The next morning I got to run on one of the trails they frequently train on, and it was so pretty there. 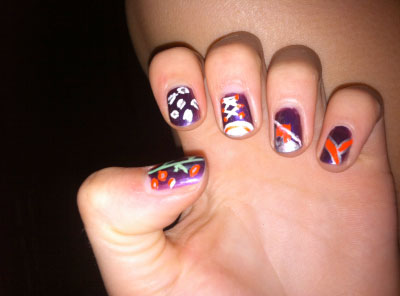 Later that day, the assistant coach, Ali, gave me a tour of the campus and told me where to find all the best snacks. There is this one building on campus that has what they call a whispering arch. I tried it, and it actually works! It's right next to the book store, which is in Kennedy Hall.  Even though Kennedy Hall looks like a giant microwave, there is just something about the name that appeals to me. It was great talking to Ali and getting her perspective on everything because she had run at Villanova herself. She calls herself a seventh-year senior, and it was good to see that after seven years she still loves Villanova.

Meeting all of the girls on the team was awesome because they have such commitment and dedication to what they're doing at Villanova, and that's not something that you see everywhere. They were all so nice and welcoming, and Emily Lipari even offered to do my nails for me! It was great to be able to talk to all of them about Villanova, and I could tell that they were all happy and motivated. Before I left on Monday, I went to Kelsey's animal physiology class with her. The professor was so nice, and he was serious when he said he likes to pick on recruits.

Overall, the weekend went really well, but, as luck would have it, by Tuesday morning I had a bit of a cold, and the exhaustion from a long weekend didn't help matters. We don't have another invitational until the end of this month, so it will be nice to just focus on training.

Good luck to everyone in the coming weeks, and happy XC season!

P.S. Angel, if you happen to come across this in your leisure time, call Don Rich and Coach G. :)