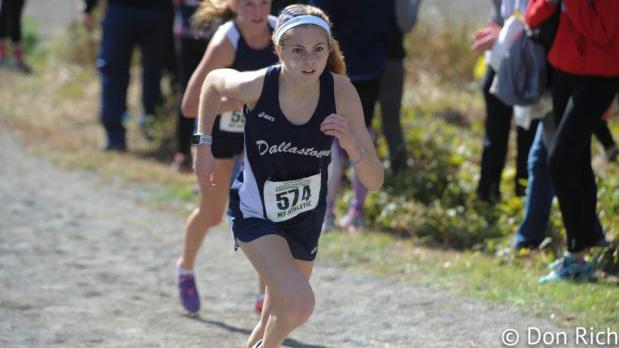 Way Too Early Look To Next Year - Girls' Class AAA

It was a year for the seniors this fall. Senior girls took the top four spots in AAA at states and eight of the top ten spots in Hershey. So that means a lot of new faces will be gracing the top five next season and it's shaping up to be another wide open year!

The top returner is Dallastown's Emily Schuler. The junior-to-be took fifth in the state after taking 16th as a freshman. She just keeps getting better and she'll be looking to convert that into a state crown next year. Elizabethtown's Katie Locker, also from District 3, is the only other top ten returner. She placed eighth and hopes to be in the mix again.

One interesting name to watch will be Hannah Schupansky of Oakland Catholic. She beat out Clara Savchik (second at states) and Savannah Shaw (third at states) for the District 7 (WPIAL) title, but placed 15th at states. If she can channel that WPIALs performance, she'll be hard to beat. Other top 15 returners are Fox Chapel's Sarena Seeger, State College Area's Kileigh Kane, and North Allegheny's Hannah Lindgren.

Some of the top AAA teams from 2017 will be strong again in 2018. The state champions from Fox Chapel Area lose just one from its top seven, so they will go for the repeat. Oakland Catholic, which beat Fox Chapel at districts a week before states, returns five of seven from the team that took third at states.

State runners-up Manheim Township have some solid returners and so does fourth place North Allegheny. State College was fifth, putting together another strong showing, and will be strong yet again. Unionville enjoyed a nice renaissance in 2017 and bring back all but one of its top seven.

Schupansky puts together the perfect race to win the state crown by five seconds over Schuler. Fox Chapel Area repeats as state champions led by a top five finish by Seeger. North Allegheny takes second by a few points over Unionville and State College.