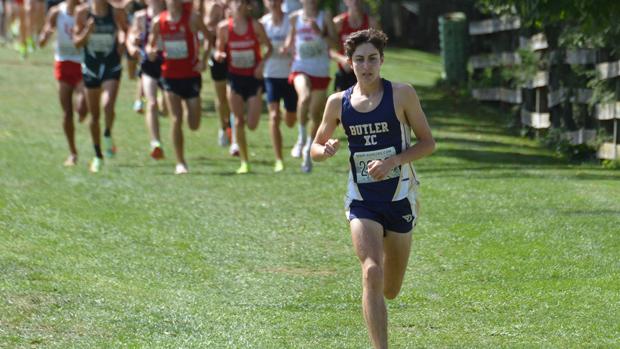 Pennsylvania's finest have been throwing down hot times. At Red, White, and Blue, Ryan Pajak (Ringgold) threw down a remarkable 15:13 to destroy CJ Singleton's previous course record of 15:41.

Not to be outdone, Colin Whitaker stormed to the front at the adidas XC Challenge a week later and snagged a 15:04 5K, usurping Pajak by nine seconds.

This week, another familiar name made his way to the front of the leaderboards. You might remember him from the magical moment he shared with his former teammate, Singleton after the pair went 1-2 at the PIAA 3A Championship in 2021. Griffith opened the season with a win at Marty Uher Invitational before taking a few weeks off to ensure he was 100% for this race. His goal was simple, to break 15.

"I wanted to break that 15-minute barrier, and I went out there with the plan to do it."

They all broke 15:33, and the first three mentioned all set PA Top-Seven times.

In terms of the Boys Team Race, West Virginia's University High came away victorious in the Challenge division with a strong 15:58 average and a 1-5 split of 39-seconds.

PA #2 LaSalle College High School was in a strong position through their first three finishers as they placed three inside the top 12, compared to University's two. But the tight 1-5 compression of University was challenging to overcome, and LaSalle finished second to the out-of-state foe.

In the Champion division, Tommy Crum of Boiling Springs came away with the individual win in 16:26, while Bishop Shanahan took home the team trophy.

It was a strong race for Tommy Crum, who got out fast from the gun. He settled into a pace after the opening mile and cruised his way to victory on the quick course. It wasn't a PR for Crum, but it was a strong mid-season mark that may set him up for success later down the road.

Bishop Shanahan grabbed the victory with a 52-second 1-5 compression and a 17:20 average. They placed 4 boys in the top 20 to spell the 78-point victory. West Chester East finished second, while North Hagerstown finished third.