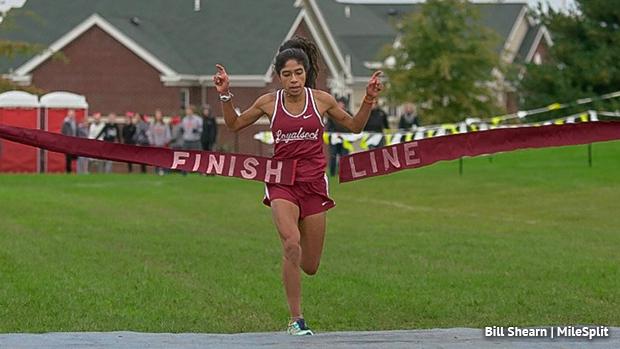 Last year at the District 4 Championships, Isabel Sagar and her Loyalsock Township teammates were on the line at Bloomsburg set for the 1A race. Only a change by the PIAA meant the Lancers had to move to the 2A race. This year, with the PIAA's re-classification, there was no doubt about it and Sagar was absolutely in the 1A race.

She'll toe the line at Hershey as the one to beat in the 1A race, looking to add a first state title to her name. After bookending her season so far with sub-18 performances -- a 17:31 at Lock Haven and an even more impressive 17:56 to win the D4 title -- Sagar appears nearly untouchable in 1A entering this weekend. The Harvard commit was ninth in AA last season, but expect a big improvement and a fast time to boot on Saturday.

One girl in this field does have a state title to her name: Sera Mazza of Saint Joseph's Catholic Academy. Two years ago, the then-sophomore Mazza surprised the field to win the 1A individual XC crown. She's had a solid senior season, including a win at the Foundation Invitational at Hershey and a District 6 title. Could she surprise again to close out her PIAA XC career? 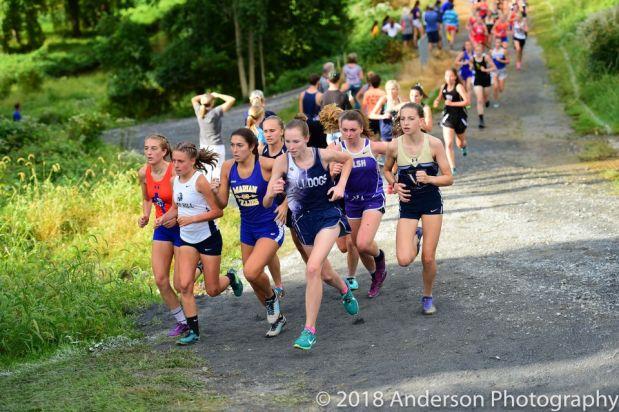 Northern Lehigh's Reagan Pender is in the midst of a breakthrough junior season. 48th at states last year, Pender has finished no worse than second in any invite this season. She was second to Mazza at Foundation and last week took home the District 11 title. She'll be a factor for a high finish. Notre Dame-Green Pond's Grace Medei battled well with Pender in a good D11 race last week and will also be strong.

In the always-strong WPIAL Class A race, Shenango's Carmen Medvit claimed a strong victory on a tough Cal U. course, going 19:55. That will bode well on the similar Hershey terrain. Other D7 runners Tara Lucot (Vincentian) and ninth graders Corinn Brewer (Greensburg Central Catholic) and Alaina Hicks (North Catholic) could also mix it up inside the top 5.

Anna Steich of High Point Baptist proved she will be a contender clocking a big PR of 19:38 to win the District 3 crown in some rainy and muddy conditions on Saturday. Look for her near the front. Dannah Javens of Kennedy Catholic also conquered some rough conditions, besting fellow 1A state contender Grace Mason of Wilmington in District 10.

Abigail Brown of Calvary Christian Academy has run the second fastest 1A time of the season, rolling to a 19:05 solo win in District 1. The Paul Short White Race winner has some good experience in big fields. District 9 champ Evelyn Lerch of Clarion Area is having a great freshman campaign and could factor in here.

There always tends to be more than a few surprises individually in the girls' 1A race. Look for the possibility of some breakthrough performers not mentioned above to crack into the top 5. It looks like, however, the field will all be chasing Sagar.