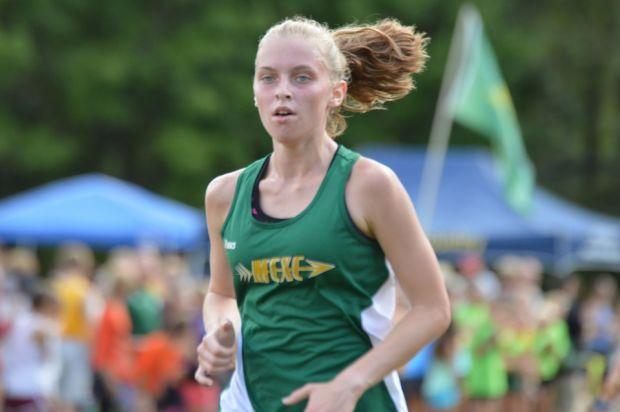 Those are the point totals that have separated the first and second place teams in Class A at the state meet over the past three seasons. This one should be close, which is really nothing new to 1A in Pennsylvania.

The reigning Class A champs have a number of returners from last year's squad, but Fairview has moved to AA for 2018. After narrowly winning state titles in 2015 and 2016, Saint Joseph's Catholic Academy found itself on the other side of a close score last season, taking second to Fairview. Still, it's an impressive track record in Hershey for the Wolves, who were second in District 6 on Saturday, including an individual title from Sera Mazza. SJCA has been without usual No. 2 runner Julia Cusatis for much of this season, including last week's district. She is on the list of entries and her presence on the start line could be a big difference maker for SJCA.

Marion Center Area took the D6 crown from SJCA at Mifflin County last week. MCA put 5 in the top 15 there, paced by freshman Nevada Armstrong and a solid veteran group after her. Winning D6 was a big statement by Marion Center (third at states in 2016 and fourth in 2017), which proved it will contend for an even bigger prize at Hershey after a few years of consistent state showings.

Vincentian Academy is in pursuit of its first state title after some years of coming up just short. Over the past four years, VA has improved upon its state finish, most recently placing third last fall. This group may have what it takes to move to the top of the podium after cruising to the WPIAL title with just 70 points in a full 19 team field. Tara Lucot and Hollie Walters are the lowsticks here. Second place WPIAL squad North Catholic also has lowsticks that will be crucial in the team standings. 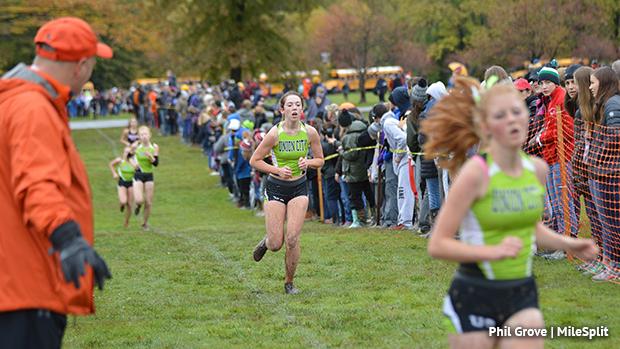 A team that could steal the show on Saturday are the girls from Union City Area. Those unmistakeable bright green tops put up just 66 points at District 10. Abby Anaya led the way at Buhl Park, while UC had its next 5 girls in with less than 20 seconds between them. This is a pack team with depth that may very well be the team to beat in Class A.

District 1 champions Calvary Christian Academy scored just 24 points at Lehigh to win last Friday. Abigail Brown is a top five individual contender and the rest of the squad has come along nicely. Calvary was second at Foundation, showing it can handle Hershey well. Masterman, the District 12 champs, were third at Foundation. This team was strong at Belmont Plateau last week, and will compete for a spot within the top 5 or better. The same goes for Neumann Goretti, which was 5 points off Masterman at District 12 in what was essentially a dual meet between the two teams. The Saints have a ton of talent and could be trending towards a big run at Hershey.

District 11 champs Notre Dame-Green Pond, District 3 champs Camp Hill, District 10 runners-up Lakeview, District 4 champs Troy, and District 9's top squads -- Cranberry and Clarion Area -- could also make some noise with a big day. This is a rather wide open field, with no clear favorite.  This race will go to the team that has 5 (or more) run their best day on Saturday.

Don't be surprised with a fourth year where the top two teams are separated by less than 10 points.