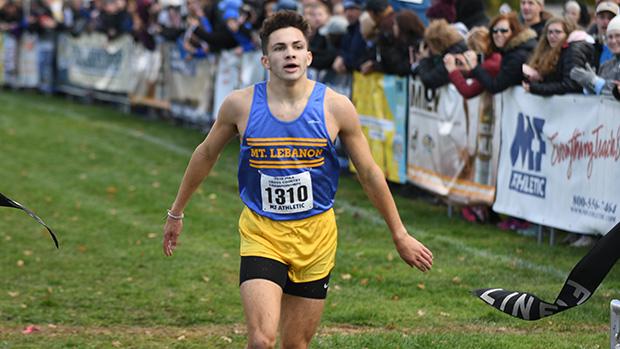 Three weeks after winning a state title, Patrick Anderson will be looking to extend his season another two weeks and earn a bid to Foot Locker Nationals. The Mount Lebanon junior won a terrific battle for the AAA state crown at Hershey. Now he'll be Pennsylvania's top threat for the top ten and San Diego. Anderson will be making his regionals debut Saturday, and should factor in among a field that is loaded with New Jersey talent.

The top returner in the field is Lucas Aramburu of Brookline (MA). He was third a year ago and just one of two returning nationals qualifiers in the field. The other returning qualifier is Devin Hart of Pt. Pleasant Boro (NJ), who may be the one to beat after an NJ MOCs win. Jack Stanley of Mendham (NJ) and Connor Nisbet of Wilmington Friends (DE) are among the other top contenders, and Anderson could fit in well with that group. 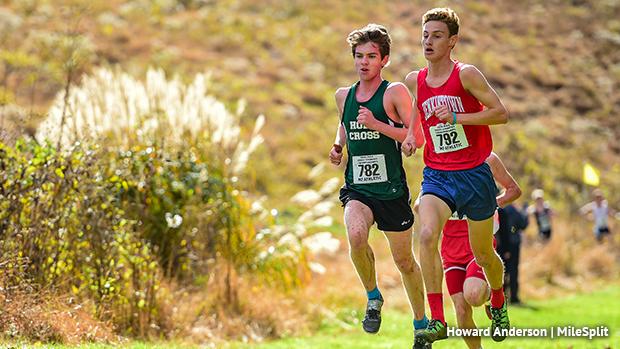 Jack Miller of Jenkintown -- the Class A state champ -- will look to continue what has been a dream season for the senior. Miller has been a runaway winner most of the way this season, and he'll look to mix it up for a spot in the top ten on Saturday.

Another state champ -- Grove City's Jonah Powell -- will also be in the mix. Powell ran to the AA state crown in 16:29 on a tough course in rough conditions, and could certainly make a good run at nationals qualifying. Fellow District 10 talents Nate Price and Dylan Throop, both of General McLane, are also entered and could be potential threats for big performances. Price was third in AA at states.

A potential sleeper pick for the top ten is Brayden Harris. The Mifflin County sophomore has been on a roll this season, transforming into strong statewide talent. Harris broke through last year with a win in the freshman/sophomore race at FLNE as a freshman, running a solid 16:37 on a tough Vanny course. Fox Chapel Area's Christian Fitch (5th in AAA) and Manheim Township's Evan Dorenkamp (7th in AAA) have gotten hot at the right time and the pair will look to keep up the momentum in the Bronx.

Josh Lewis of North East was 27th in AA at the state meet, but he was solid for most of the season. Lewis won six races this year and can't be counted out at FLNE. Boyertown's Christian McComb also didn't have his best day at states, but the junior was very impressive for most of the fall and will look for some redemption this weekend. Cumberland Valley's Luke Klingenberg (17th in AAA; winner of the Temple 2 Mile Tune-Up) and Mechanicsburg's Brandan Knepper (12th in AAA) are also worth watching for in this field.

Editor's Note: A previous version did not mention Powell, Price, and Throop as entries.