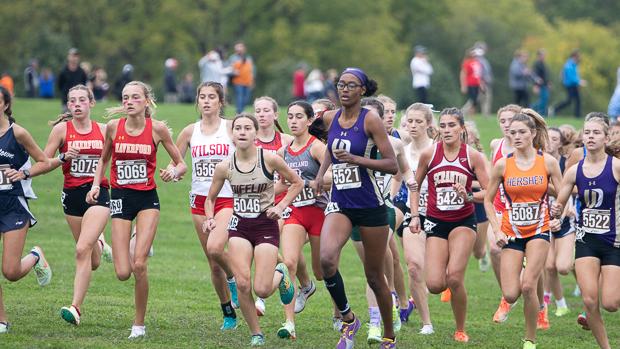 There were some incredible performances over the last few days. Each week we will nominate multiple athletes and allow you to vote for the Runner of the Week. This week's poll will close on October 6th, at 5:00 pm ET.

Be sure to vote in both of the MileSplit Picks window below.

Brian DiCola - Set ran the second fastest time in Pennsylvania history to break the course record and win the Paul Short Brown Race in 14:43. He broke Gary Martin's record en-route to a new US #7 Time.

Rory Lieberman - was second at Paul Short but still ran a US No. 14, 14:47. The time goes down as the fifth fastest in PA History. Additionally, Lieberman made his commitment to Penn University this week.

Aidan McHugh - finished second in the Paul Short White race to lead his team to a win in Lehigh. Thanks in part to his efforts, his team now ranks as No. 2 in the state, as his 15:25 was instrumental in the squad's 15:42 average.

MJ Pottinger - Won his home John Sample (Grove City) Invite in a personal best 15:57. He broke 16 for the first time and ran the third fastest time in course history. He additionally led his team to victory.

Kevin Shank: Shank finished seventh at the prestigious New Balance Shore Coaches Invitational (NJ). Shank ran a 16:14 on the very challenging Holmdel course to the tune of a 176-speed rating.

Ella Woehlcke - In the Paul Short White Race, Woehlcke ran by herself from the gun and stormed to a new PA #1 17:35. Woehlcke ran a 40+ second personal best, ran the seventh best time in course history, and scored a victory by 40 seconds in the process.

Carolyn Tarpley - Tarpley won her home invite, the Whippets Invitational, by obliterating the field. She won in 18:18, gapping the field by nearly 80 seconds. In doing so, she led her team to victory.

Olivia Cieslak - In a contentious bout with some of the best runners in the state, Cieslak came out on top in the Paul Short Brown race. Cieslak pressed hard in the back hills to separate herself from the field and win in a personal best 17:42. That time goes down as a current PA #2.

Brooke Preputnick: Finished second in the Paul Short Brown race after running a personal best 17:46. Preputnick was pouring it on down the home stretch but ran out of room at the end, finishing four seconds behind Cieslak. She ran about 50-seconds faster than she ran at the same meet last year and recorded a PA #3 in the process.