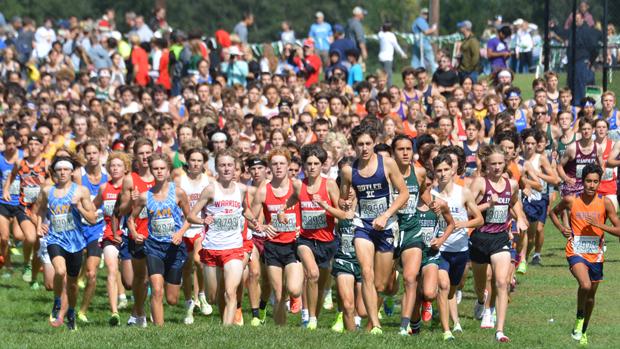 There were some incredible performances over the last few days. Each week we will nominate multiple athletes and allow you to vote for the Runner of the Week. This week's poll will close on September 29nd, at 4:00 pm ET.

Be sure to vote in both of the MileSplit Picks window below.

Rory Lieberman (Danville) - Lieberman ran the fastest time of the day, a 15:48 (personal best) to win the 2A race at the PIAA Foundation Invitational. The time ranks as the fifth fastest on the course (since it's reconfiguration in 2016), and marks a PA #15 on the year.

Brian DiCola (Hatboro Horsham) - DiCola out-ran Brett Kroboth and Jack Bertram to win the 3A race at PIAA Foundation in a quick 15:52. That time is the ninth fastest in course history.

Drew Griffith (Butler) - Griffith ran a blazing 14:49 to shatter the 15-minute barrier and win the Carlisle Invitational in the second fastest time in course history. The time ranks as the current US #12 and as the PA #1.

Claire Paci (Greencastle-Antrim) - Paci ran 17:54 to break 18 for the first time and hold off a stacked field at the Carlisle Invitational. Paci now ranks as the PA #3 with her time.

Natalie McLean (Pine Richland) - McLean won a contentious race with some of 3A's best at the PIAA Foundation Invitational. McLean ran the fastest time of the day, an 18:25, to out-gut a stout field.

Anna Pucilowski (Abington Heights) - The freshman won the Valley View Cluster #2 on Wednesday in a personal best 18:15, before following that victory up with a 16th place finish in her first-ever race at the Hershey Parkview course, at the PIAA Foundation Invitational.

Morgan Roemer (Dubois Area) - Roemer ran an 18:37 to win the Blue Devil Invitational hosted by Sharpsville Area. Roemer ran a 30-plus second PR, to win by over 20 seconds and lead her team to a second place finish.